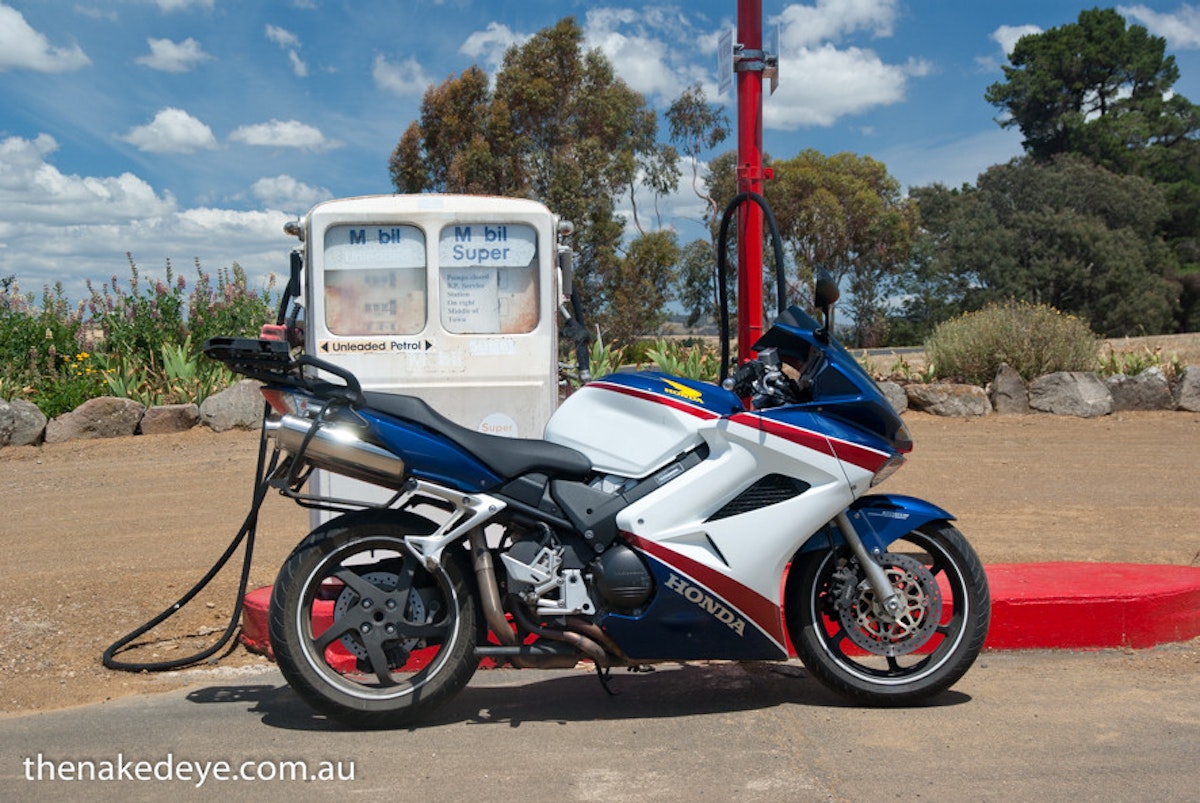 Tidying up after Machismo

As you may have gleaned Testosteroni can be a bit economical with accuracy and before I was able to verify any of the above, Machismo disappeared, shouting something about a date with a fast women in an Audi.

Anyway thanks to Machismo for his interesting report on Howard! I will add a few of my own thoughts/observations.

It is easy to see why the Sprint is put in the same stable as the Honda VFR, of which I have 2 back home. Their qualities are quite similar and both are well suited to spirited touring. I chose the 955 Sprint above the later 1050 model, which has the exhaust pipes coming out under the rear of the seat. This means that on the later model the pillion seat is raised above the rider in front, to accommodate the pipes, putting the pillion higher up into the wind. This is suboptimal for both the pillion and the handling of the bike. The same can be said of the Honda, with our later 2009 model VFR suffering the same fate, whereas our lovely 1996 VFR750 has the sensible pillion seat and side exhaust. The Sprint engine wins in the grunt stakes, pulling beautifully from 4000rpm, while the VFR wins in the get up and go adrenalin stakes once it gets on the boil. Otherwise there is really little to choose between them. The Sprint has a very slightly more upright riding position and thus less weight on the arms. 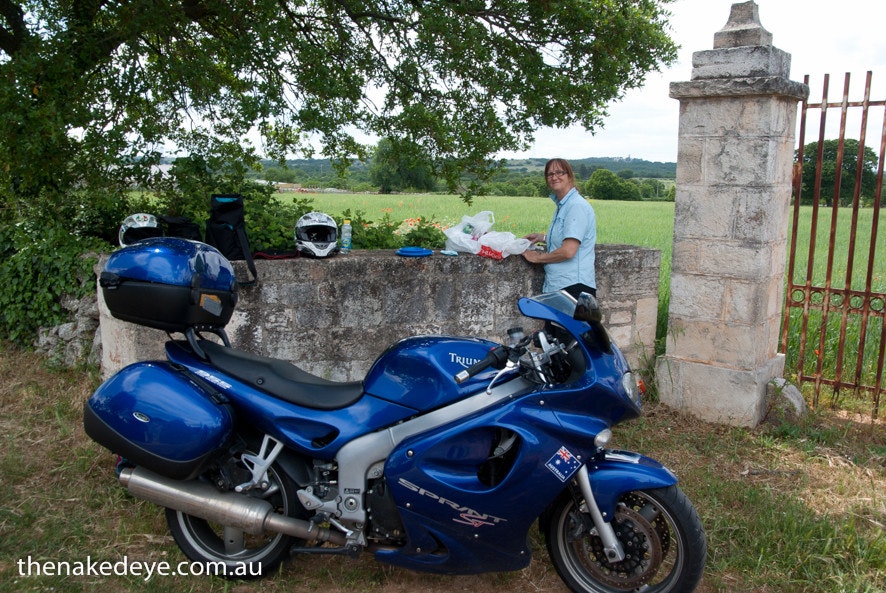 Roadside lunch while crossing Italy in one day 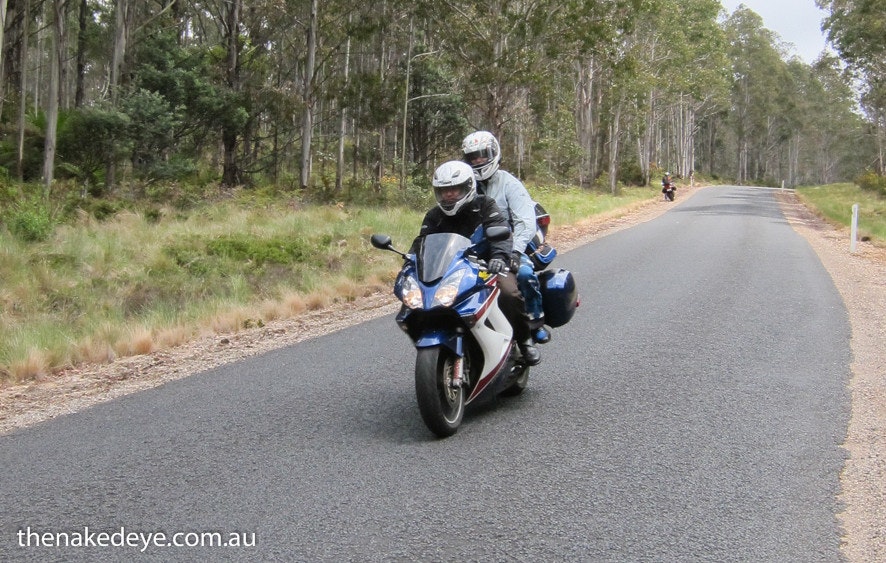 Annie and I on board our 2007 VFR Honda in Tasmania (G. Cadisch photo) 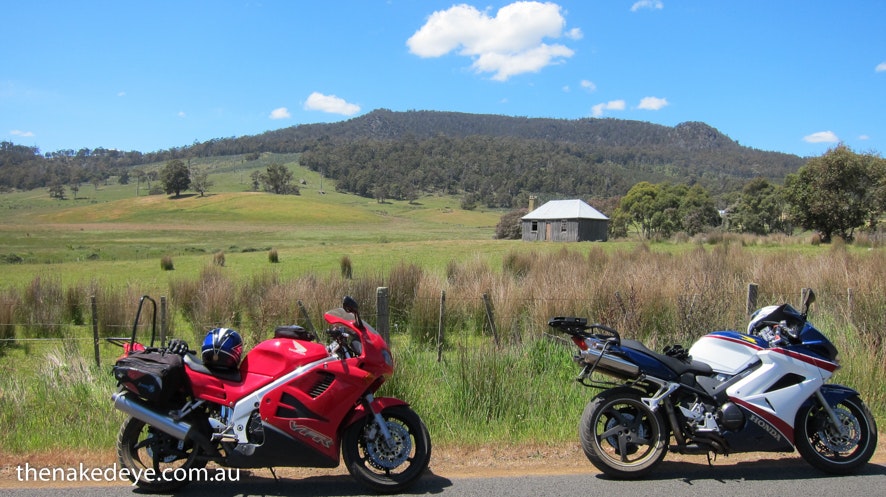 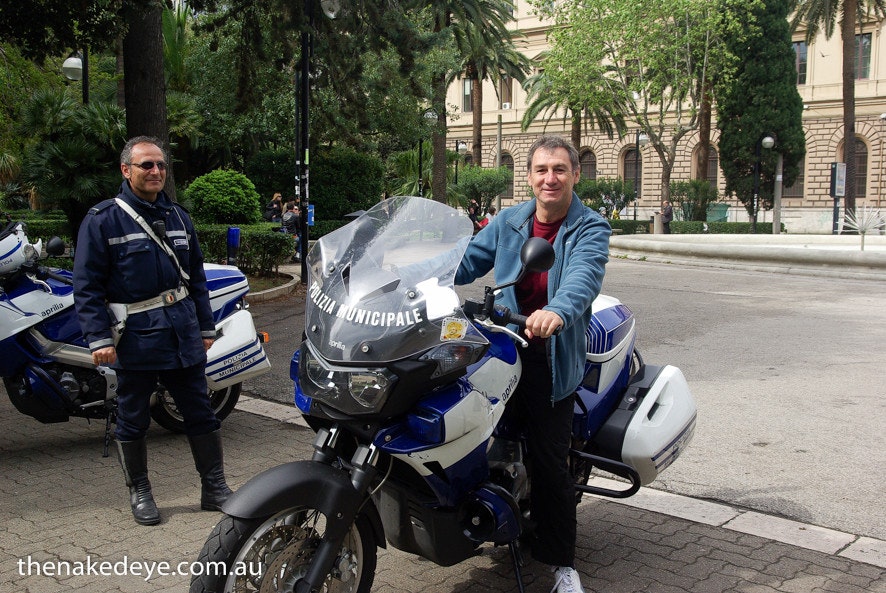 The Police have been friendly to us at all times!

One of the things I have noticed while travelling is the difference in the fuel between Australia and Europe. In Australia “Super” petrol is about 92-93 octane, whereas in Europe it is 95 octane, and with 100 octane fuel readily available at the pump. As far as I am aware 98 octane is the highest available in Australia 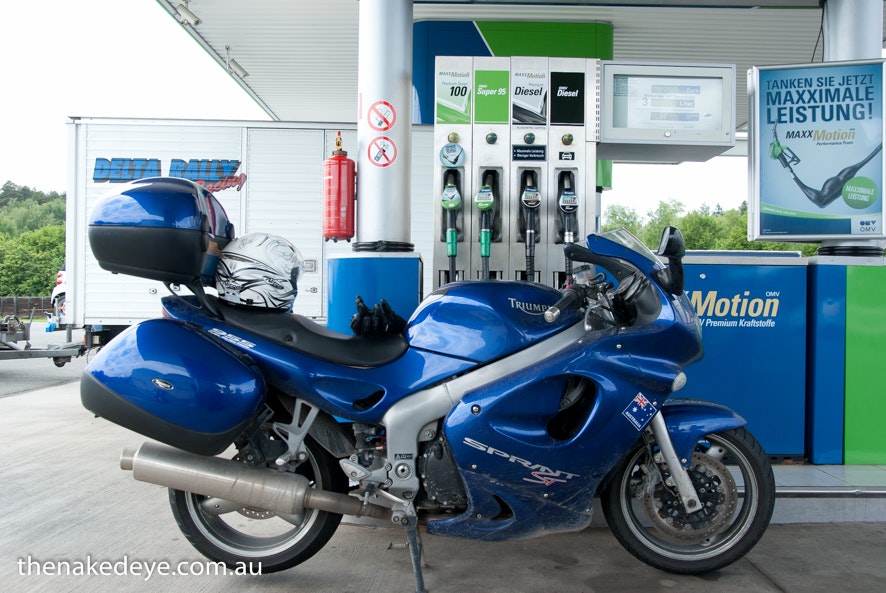 On the road European drivers are much more courteous than Australian drivers, and this makes for safer and better driving, even though they generally go faster than the over policed Australian roads where engineering solutions to road accidents (lower speed) are preferred to improved driving. I guess they figure slow morons are safer than sensible drivers adjusting to the road conditions? I’ve now driven in 18 different countries in Europe and would have to say that in virtually all of them the driving is easier than it is in South Australia where I live. In SA the driver focus appears to be on “owning” your own bit of road at your own fixed speed with no regard for any other road users or the road and traffic conditions [end of rant].

Normal transmission will be resumed shortly!