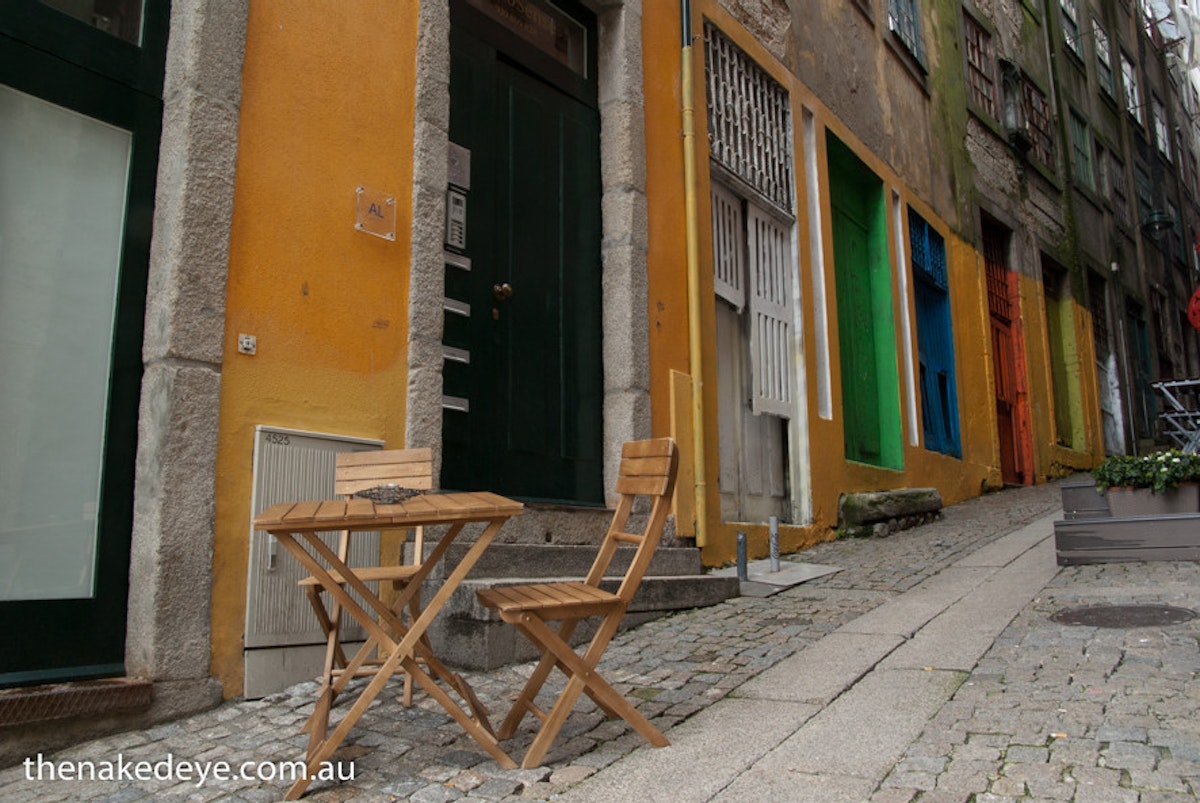 It’s all happening so fast it is hard to keep up! We had a great ride out from Madrid across to the wonderful University City of Salamanca over a high plateau and some quiet roads with great sweeping bends. It was a little cool but it was dry so we were able to let the steed stretch its legs a bit.

Salamanca was beautiful with the classic old university sandstone buildings, but more compact than Oxford or Cambridge, and no cars! The highlight was the climb up the cathedral through spiral staircases made of sandstone hundreds of years ago, and outside on to the roof just below the bell towers. The view over the old city was breathtaking and to be inside the cathedral but high up was a real experience! 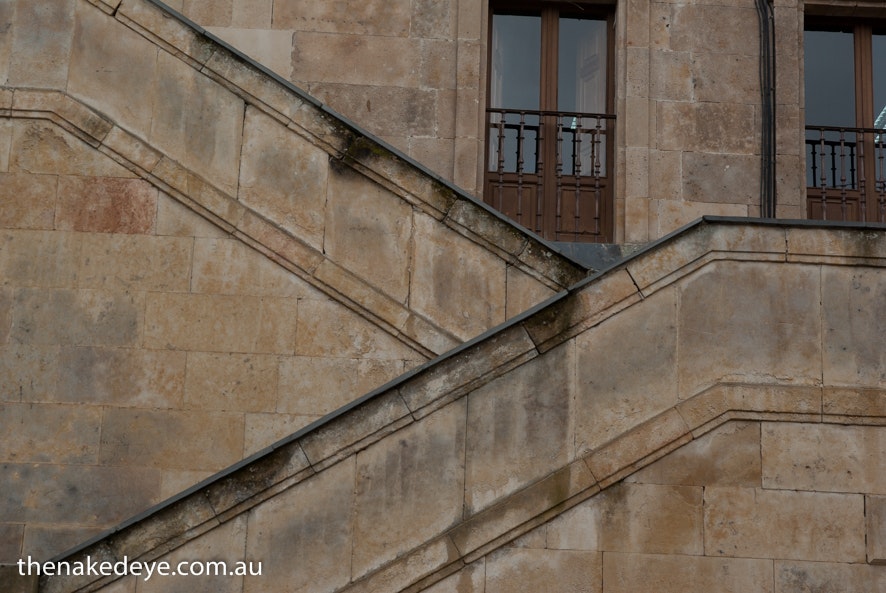 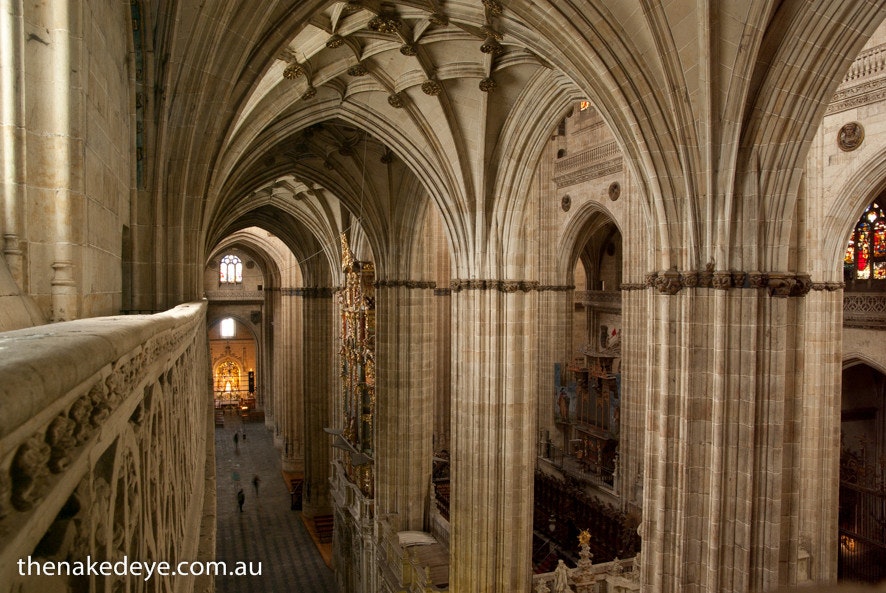 The great cathedral of Salamanca

From there we headed across to Porto and Portugal via the Douro River valley. The road was very windy and snaked up and down the steep valley sides. We ended up in the clouds and in rain so we headed for the motorway and into the complete maze that is the old city of Porto, a combination of steep one way cobble stone streets and pedestrian ways.

The UNESCO World Heritage area is fascinating but looking a bit sad, maybe it is just the time of year? The historic riverside precinct is an eye opener, both awe inspiring and dilapidated all in one, and one wonders what the future is for this incredible part of the city, which appears to be only a shadow of its former self. Never have I seen so many ancient buildings empty and in disrepair, falling down, but still up. I am naïve to Portuguese history, and in fact the only Portuguese word I knew before we crossed the border yesterday was Obrigado, and this is still the only word I know. It is strange to be in a country one knows nothing about. There seem to be quite a few people living on the streets in the tourist areas, some try and make it by directing traffic into parking spots, or helping people out of parking spots, for this they get a few coins and purchase something of what they might want. There are crazy people about the place, reciting incantations, talking to themselves. There was a fracas down on the quayside, first there was one police car, then two, then three, then a van with a small riot squad. After more than half an hour it appeared to resolve itself amicably and the giant of a man they were trying to wrestle into the police car walked away free. We had an excellent walk up the valley side amongst ancient cobbled laneways, past a myriad of port cellars up the hillside, plus quite a few port tasting rooms, to emerge on the top deck of the amazing Pont de Luis I for an incredible view of the city and the river. 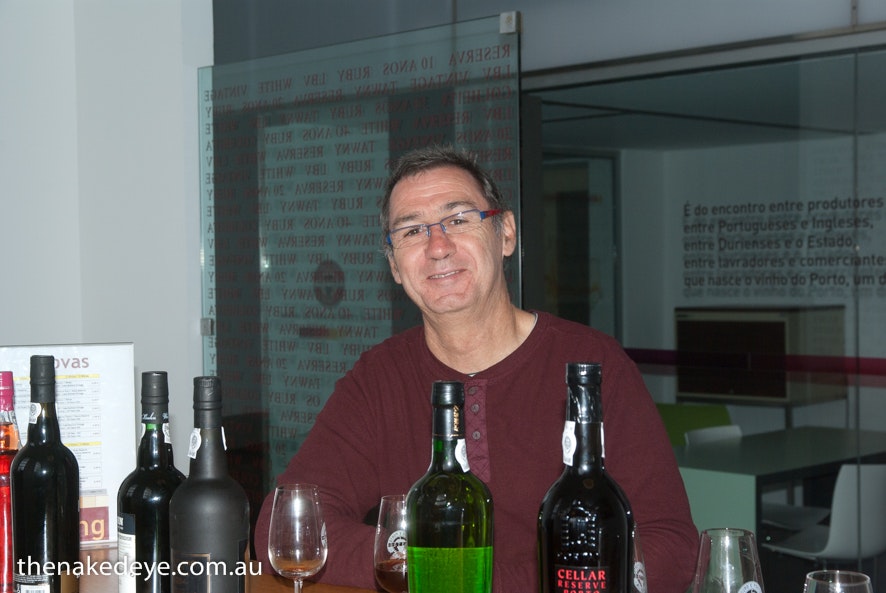 Enjoying a port, in Porto of course! 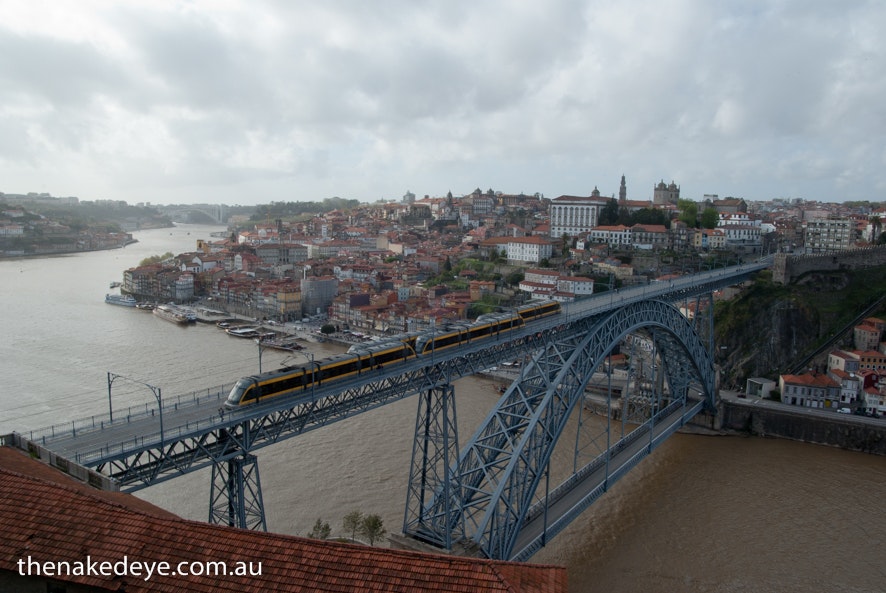 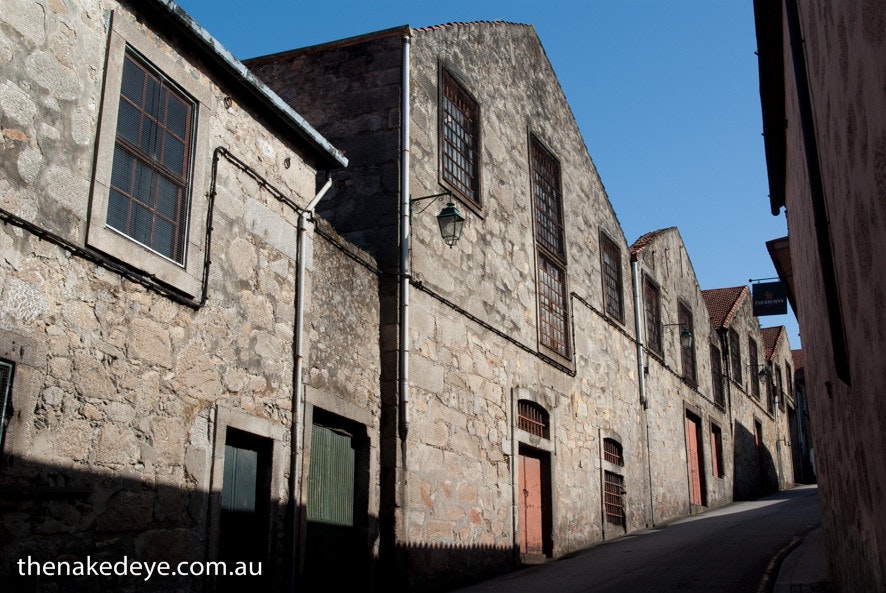 The old cellars of Porto 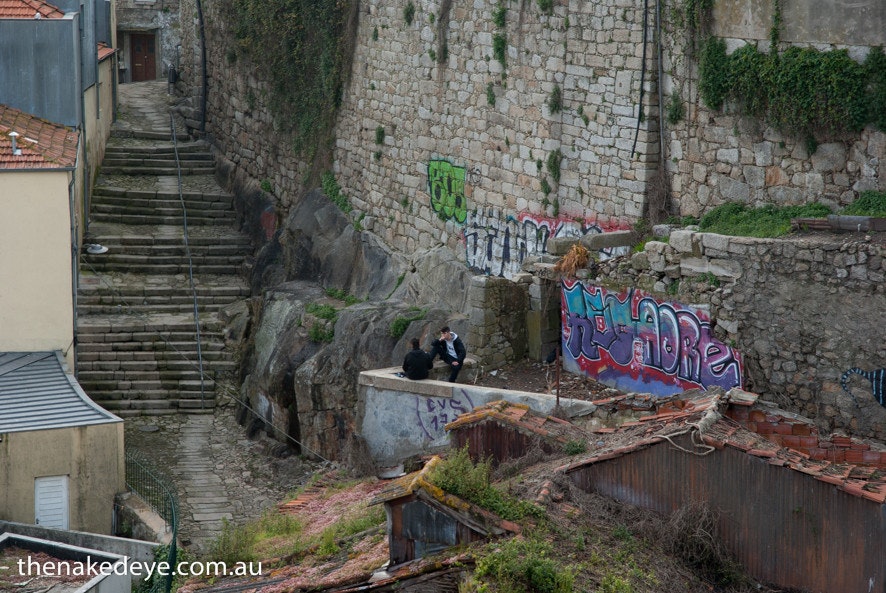 As we headed south out of Porto toward Lisbon the weather improved, and as the bugs began to head butt my helmet I knew spring was here! We got off the motorway and found the old palace at Busaco, its gardens and the wonderful forest. We then got some riding in through lovely mountain roads, only to find that the warmer weather and spirited riding began to shred the rear tyre to pieces, even though it looked relatively new. We continued our journey on to Lisbon at a slightly slower pace, covering >400km for the day. It was late Saturday afternoon when we arrived so a new set of tyres would have to wait until Monday.

Lisbon (Lisboa) is a lovely city, especially when the sun comes out! We had our first fully sunny day after arriving here and spent the day walking around the city, visiting the castle and taking in the majestic views across the city and the bay. We had a great lunch on the sidewalk in a little back street away from the main tourist traps. We’ve booked in for an extra day tomorrow night, just in case we don’t get the bike sorted early tomorrow. 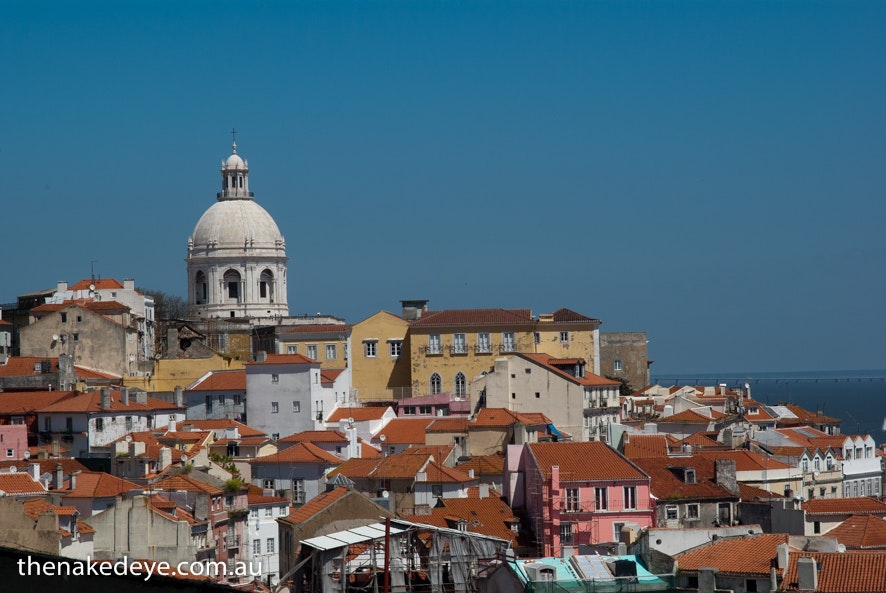 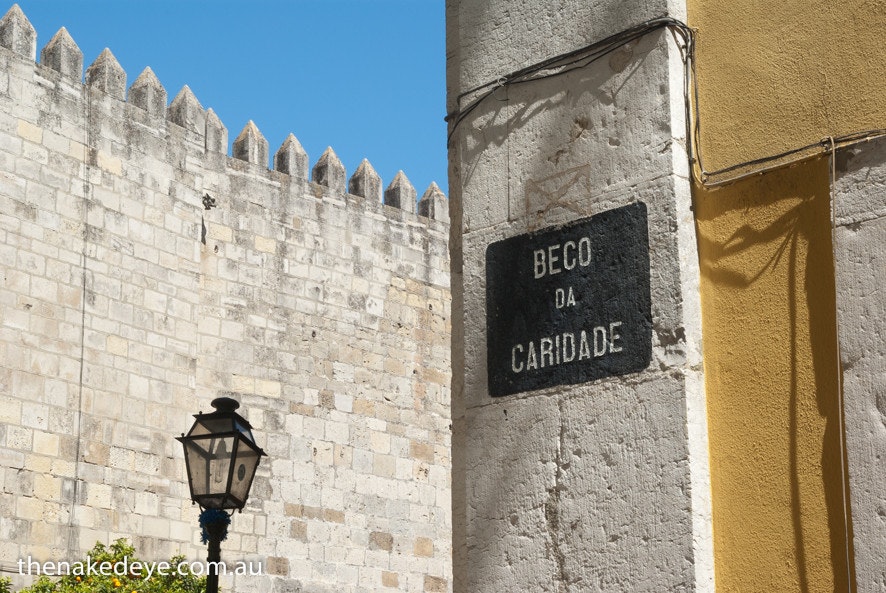 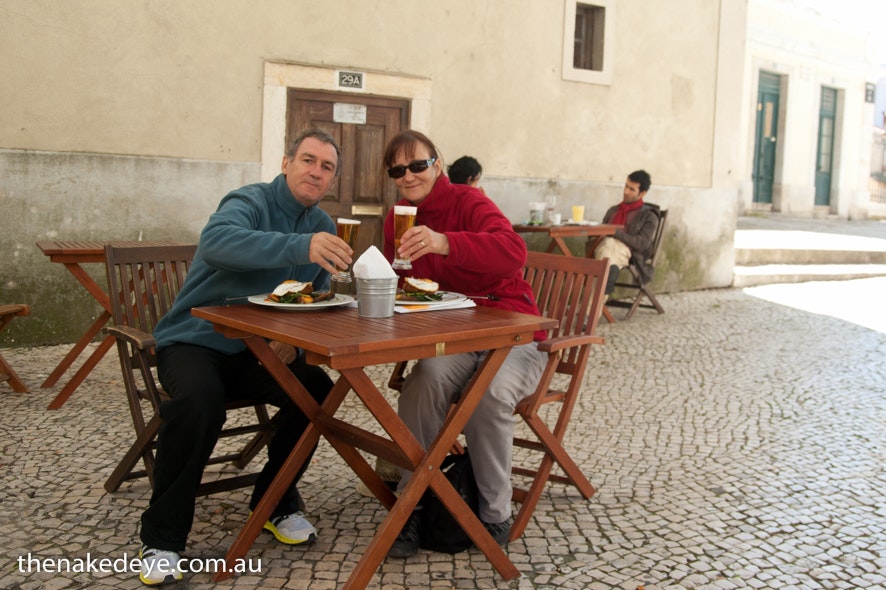 Meanwhile there is lots more of the city to explore. When we leave here we’ll be heading back to Spain somewhere and hopefully be in Seville in time for their main festival!