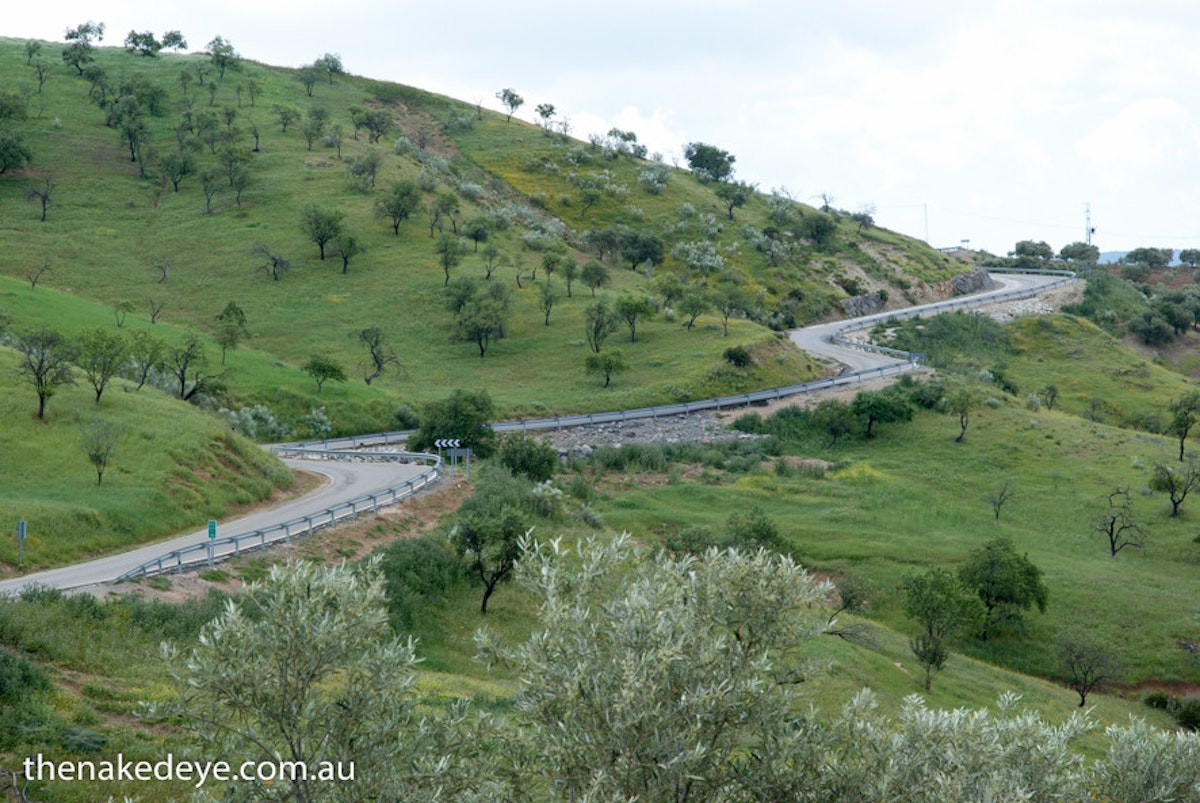 More Fun than John Howard with a Hat Full of Worms

When it was time to leave Ronda she gave us the cold shoulder, but nevertheless we togged up and headed for the snow capped Sierra Nevada to the south. We rode the southern flank, enjoying fabulous views of high mountains up to 3500m, and fabulous road to boot. It was a long and enjoyable days ride in to Granada, albeit finished off with a downpour as we reached the outskirts. It was freezing cold when we got off the bike and there was a healthy dusting of snow on the surrounding mountains when we awoke the next morning. Our time in Granada was short but we still managed to take in the Alhambra, one of Spain’s most visited sites, and the final in our trilogy of UNESCO world heritage treasures of southern Spain. For me the Mesquite in Cordoba will be the most memorable (see previous post). 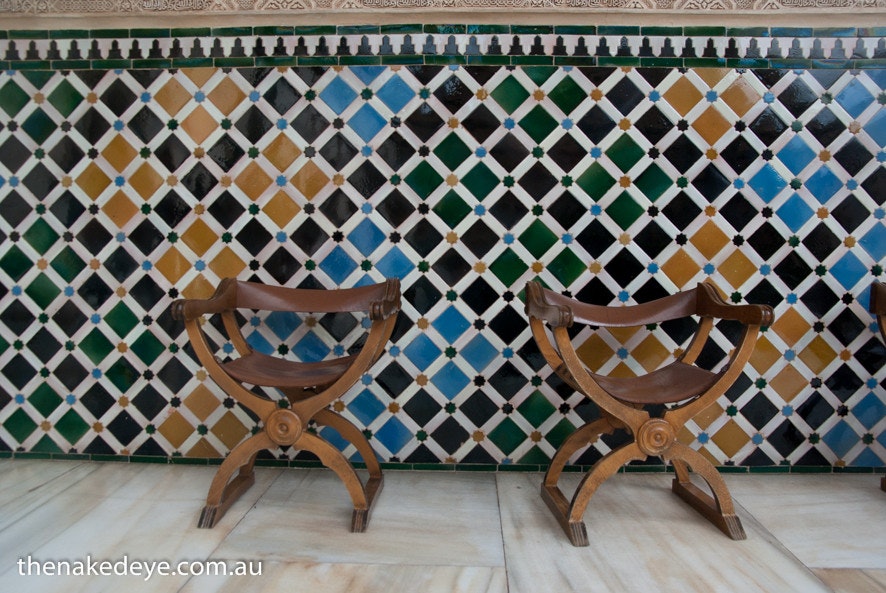 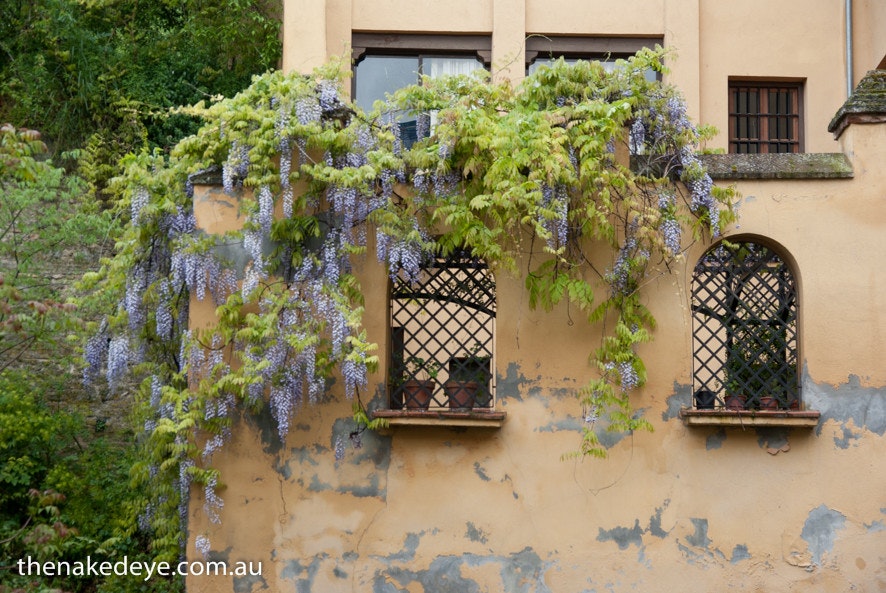 The last week or two we have been focused on riding country roads rather than visiting particular places. The roads and the scenery have been an absolute delight and we’ve been up well over 1,500m on some roads. Some of the area we covered is where they made many of the “spaghetti westerns” and we could see that Clint Eastwood would be right at home here, especially in the desert country of Almeria where the spinifex meets the sea. The road along the coast north of Almeria itself was particularly fun, although the region is regularly spoiled by uncontrolled coastal development, but the bubble burst before many got finished and much of the coastal strip looks more like a series of septic pustules, some already popped, some waiting to go, and others still brooding, never to reach fruition. Apartment blocks are slapped against factories, unfinished resorts and hotels abut farm houses, and developments are started just anywhere someone could get hold of a bit of land, with no thought for what the future might look like. We did dip into the sea just south of Alicante where it was a bit more civilised, but we were more than happy to head inland for the mountains and the quiet curly roads. There were more twists and turns than a hat full of worms, it was great on the bike, about as much fun as you can have with your pants still on. 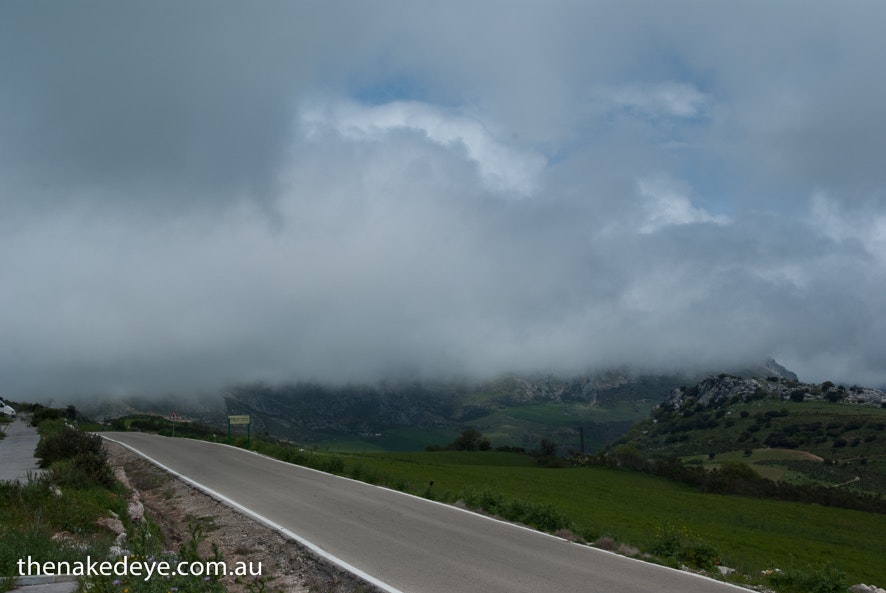 Riding high in the clouds, Andalucia 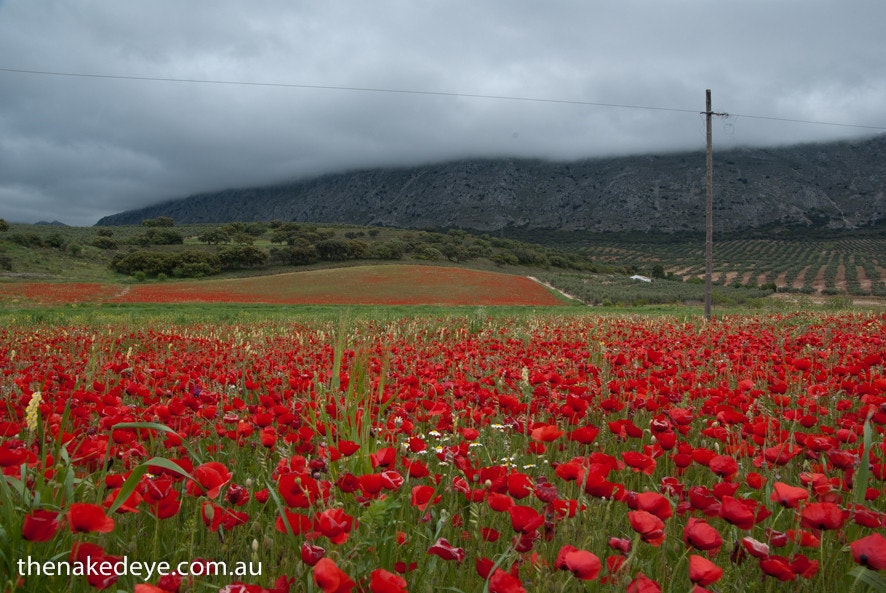 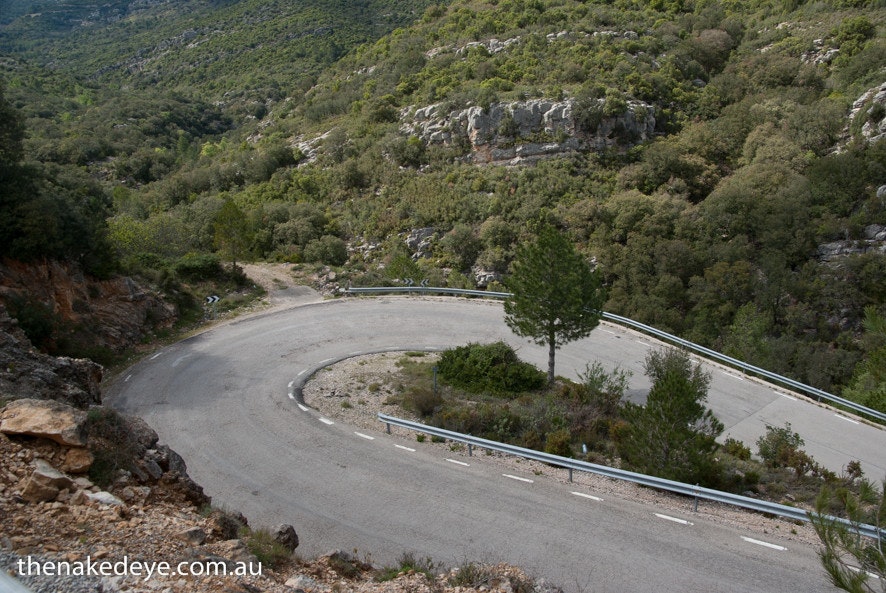 Here we go loop the loop! 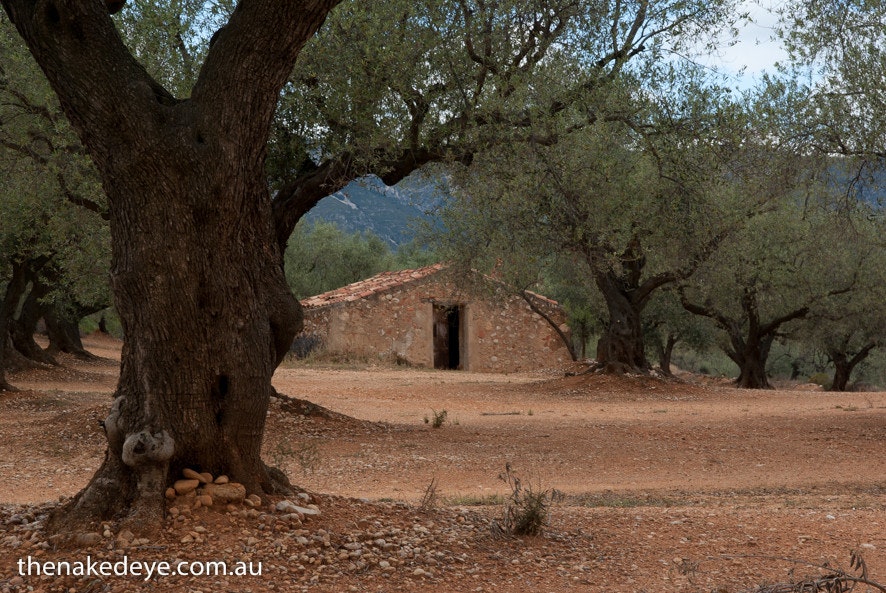 We ended up in a few places we didn’t expect to go, Cartagena was a real gem, including the Roman theatre and brilliant associated museum. Castello was grubby industrial on the outside, but again when we got to the beating heart it was a comforting place to be. Inland we found monasteries perched atop hills high in the mountains and unheard of villages with a thousand years of history, still alive, the inhabitants scratching out a living from rough grazing or meagre crops on ancient terraces. It seemed like we’d stepped back in time. At least that was until we hit lively Barcelona. We hadn’t planned to go to Barcelona but our ferry connection from Valencia to Salerno in Italy was cancelled so we had to head up to Barcelona for a ferry across the Mediterranean. There is no shortage of tourists in Barcelona and at times it can get a bit oppressive, but there is much to see. The legacy of Antonio Gaudi lives on in more ways than one, the cathedral that he began in 1883 is growing by the week, and in another 40 years his fantastic vision of this might be complete, a proper cathedral, built over generations. His other works are perhaps more accessible in some ways, particularly Parc Guell, a mixture of whimsy, wonder and nature that seems to enchant all who enter, and it’s free to enjoy. The views from the top of the park over Barcelona are great, especially when you see your cross Mediterranean ferry sitting in the harbour 10km away and realise that you have to catch it tonight, not tomorrow! 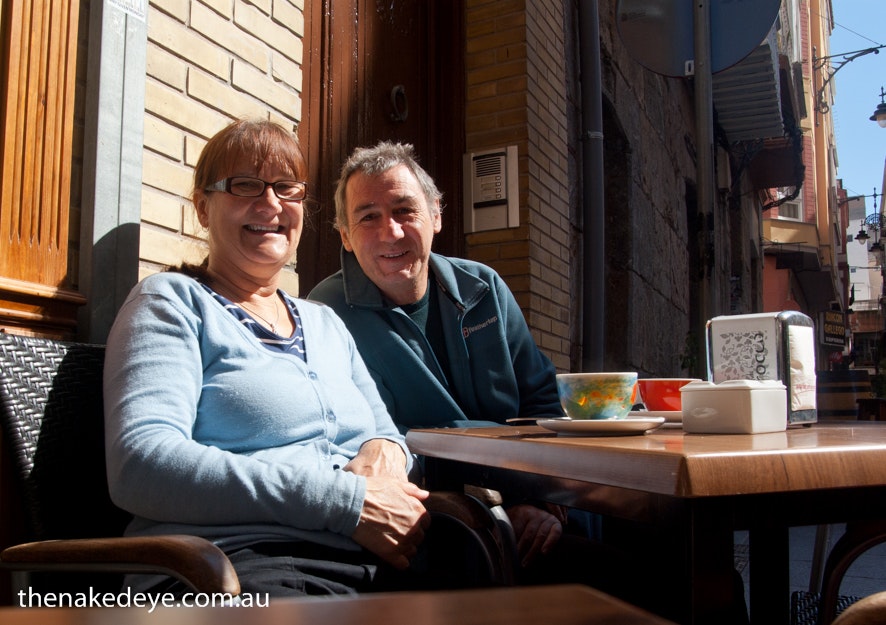 Our regular morning coffee, this time in Cartegana 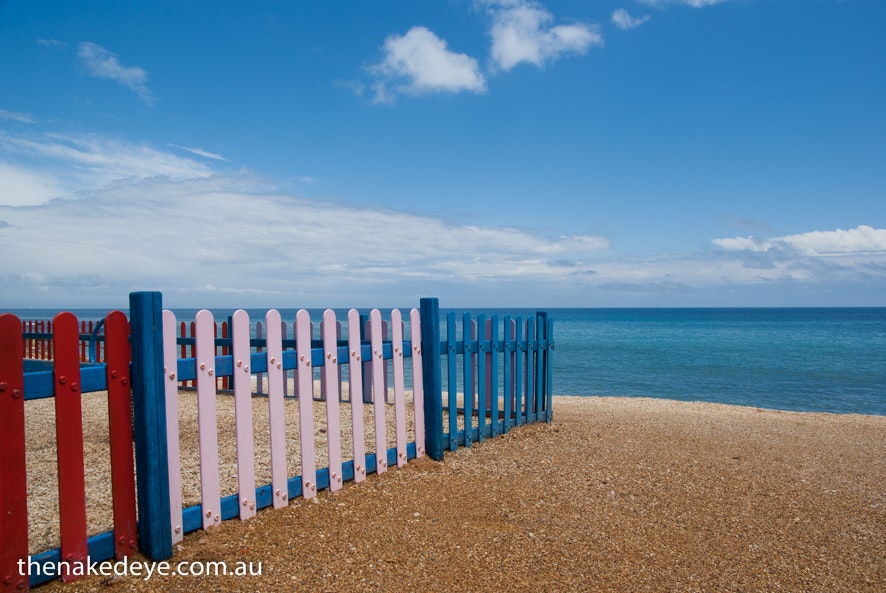 A fleeting moment of beauty on the east coast, Mojacar 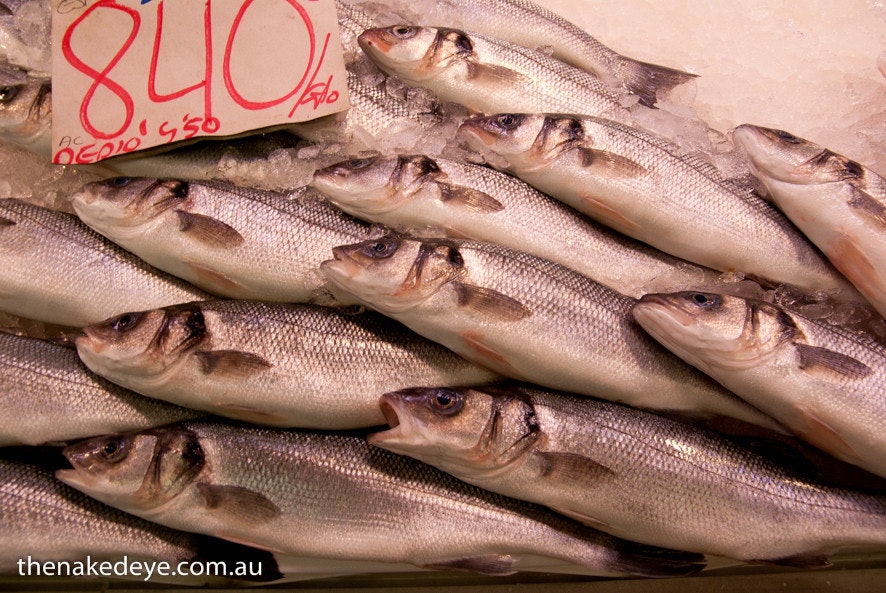 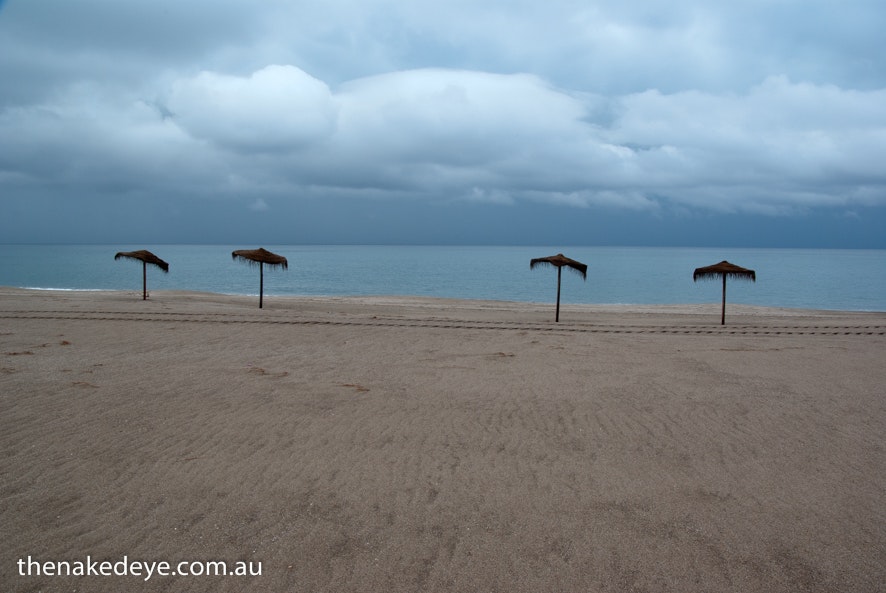 Mojacar on a quiet day

Spain has been brilliant, we’ve loved every minute of it. The rampant untreated cancer along the coast is perhaps an opportunity missed for Spain and the only blot we noticed. But inside in its heart are a people with grace and dignity, passion and patience. They’ve made me realise how aggressive and impatient much of Australian is. On the roads in Spain you get time and space to do what you need, even at speed. The drivers share the road, literally, a real pity it is not like that back home.

So why the reference to John Howard (Australia’s former conservative Prime Minister)? Our bike has now been named “Howard” after him on account of its habit of being continuously “alarmed” (in the anti theft sense). It is impossible to turn the alarm off except when riding and hence it likes to go off regularly, either scaring the bejeezus out of us or embarrassing us! The only alternative is to set it in “showroom” mode in which case it “beeps” every 30 seconds! Following the September 911 attacks in the US, the conservative Australian government led by John Howard introduced a series of new security measures, and instigated an advertising campaign “Be alert, not alarmed”. The government used fear to get support for its policies and ran fear campaigns thereafter. This style of politics is still prevalent in conservative policies in Australia today. Our Howard is thus also alarmed, not alert, unfortunately. 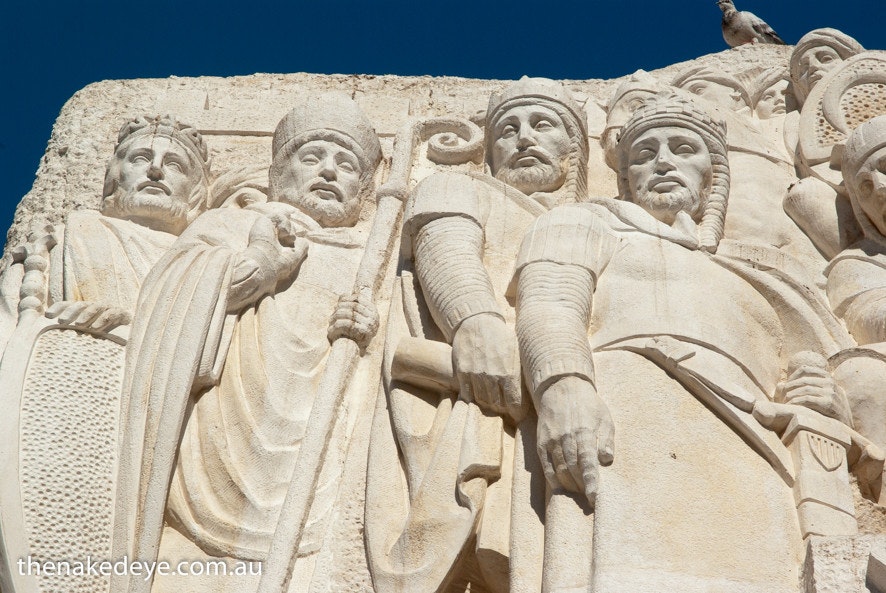 It seems I’ve digressed somewhat. Nevertheless “Howard” will be with us until the end of our journey, and ‘he’ (now has a sex as well!) is now sporting a new throttle cable, better brakes and is fully fit and healthy following a full medical check in Barcelona. We did catch the ferry from Barcelona, getting on was a complete circus, but that is what the trip is all about. Now we’ve got 36 hours to get across to the other side of Italy and catch another ferry, this time to Greece. Hopefully we would have had a few olives before my next post!

Many thanks to Rod and Marisa for being such great hosts in Almeria. One of the main reasons why we really like Spain is because it’s full of Spaniards! 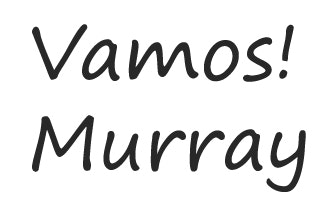