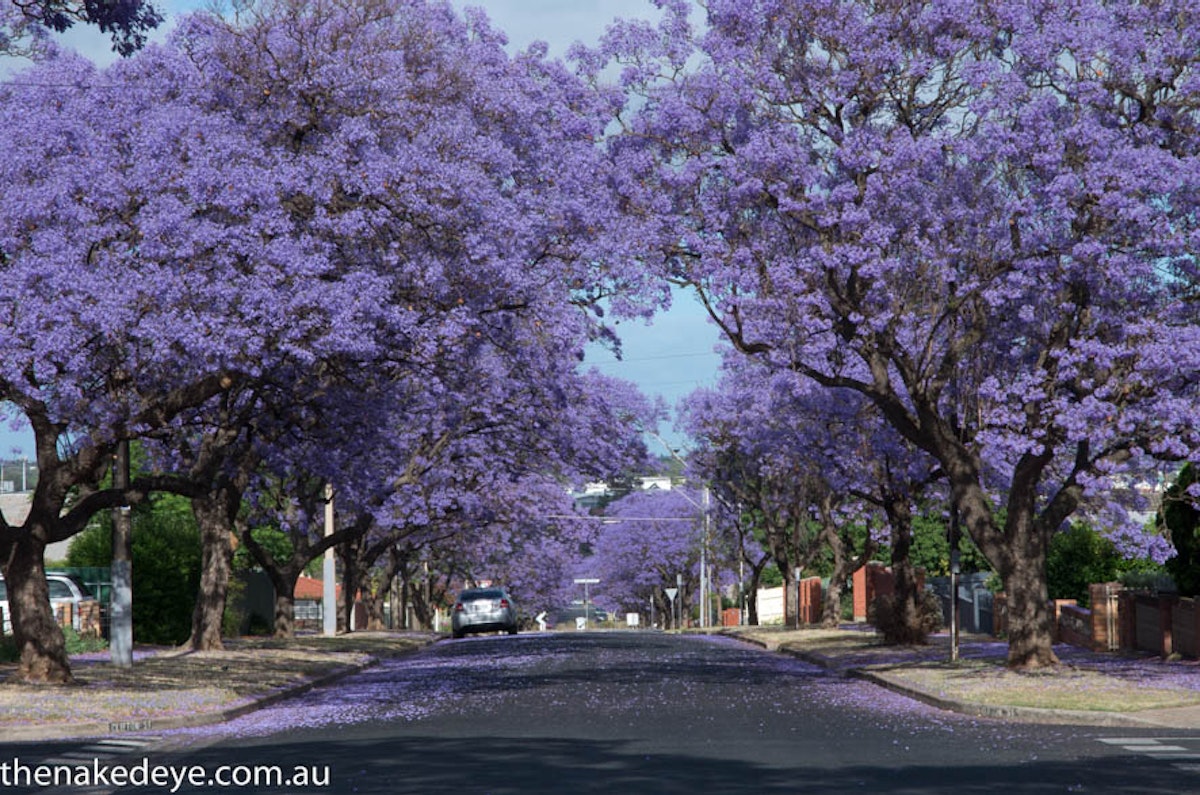 Jacaranda - reminds me of home

Late spring in Australia brings the purple haze to brighten up our cities and towns. The Jacaranda trees are a feature of much of urban Australia in the late spring and early summer, all the way from Perth in the south-west corner, through Adelaide, Melbourne, Sydney and Brisbane. They're always a welcome sight but some years they are more spectacular than others.. 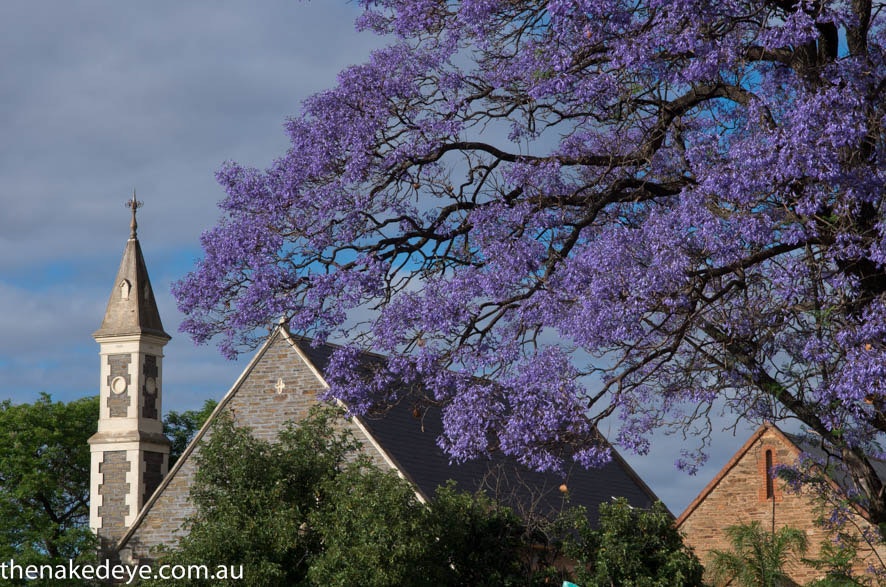 Jacaranda trees have been one constant in my life in Australia, even though I have lived in three different States. We had one in the backyard of the house where I grew up in Perth, Western Australia. In the autumn they would shed their clothes and the tiny brown leaflets would stick to the soles of your feet and be carried into the house. It drove mum crazy. Thus it was time to get out the ladder and for the whole family to take up arms against the giant Jacaranda that grew in the back yard. We’d climb up and cut off all the last years’ growth, right back to the old wood, and remove every last leaf. The branches would be loaded on to a heavy old home made trailer and taken to the dump. While there we’d scrounge a few items and bring them back home in the trailer. The pruning of the jacaranda was an annual ritual, after which it stood naked in the back yard until the summer when it would flourish and provide the whole family and all who visited with a wonderful cool shade from the scorching summer sun. 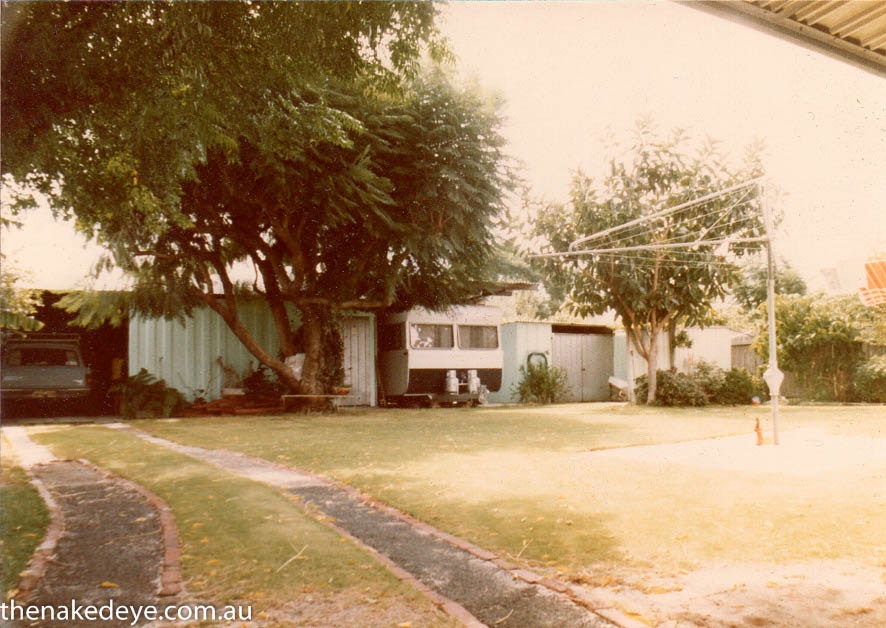 Nanna lived in a caravan beside the jacaranda 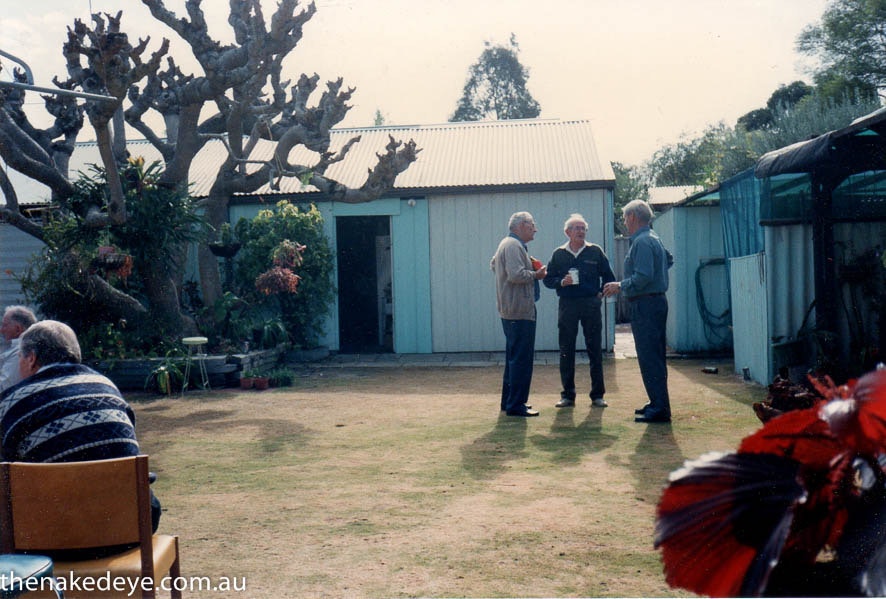 The tree was stripped naked in winter

After the tree was duly pruned it remained about 5m high, with four great thick arms reaching out from about 1m up, with giant fists on the end of each, the result of many years of pruning back to the same point. It was never a profuse flowerer due to the draconian annual pruning, but there were many others about the suburb that were. It was around 3.00am when I climbed up the naked Jacaranda tree in 1973, my telescope on my shoulder along with my tripod. I clambered up to an old door I had turned into a lookout platform, straddled across two hefty horizontal limbs. From up here I could see right across the top of all the houses and the back yards and get a better view of the night sky, watching for comet Kohoutek. Despite my admiral diligence at 14 years of age I never did see the comet.

The tree was also a focal point for outdoor activities in the summer, providing a cool respite from the hot weather. In her later years my Nanna lived in a caravan in the back yard and I have many fond memories sitting beneath the old jacaranda with her on summer afternoons, catching the "Fremantle Doctor", the afternoon sea breeze which provided a sigh of relief in the hot Perth summers.

There were other trees in the back yard, a very productive lemon tree, nourished by the leach drain and septic tank running from the house. One day dad was showing off on his motorbike to a couple of my mates. dad and said bike ended up tangled in the lemon tree while we all fell about laughing! There were also two large cape lilac trees, a native deciduous species from eastern Australia, they were also duly pruned each year. These trees were on the western fence line, right along the driveway. One of them constricted the width of the driveway as it passed the back of the house. Not long after I got my car license I hit the tree with my father’s car and stove the front bumper in. Dad tied the car to the offending tree with a very strong piece of rope, put the car in reverse, backed it up, and pulled the dent back out again courtesy of the same tree! He never chastised me for that, Dad was a genius, a gentleman and my hero. The said EH Holden which I learnt to drive in can be seen in the garage beside the jacaranda in the picture above. Later in their life the two cape lilac trees were overrun each year by the white cedar moth caterpillar which eventually led to the trees demise. Dad duly cut them down and the man across the road set to parts of the trunk with his lathe, and I now have a wooden bowl made out of the tree. Our neighbour Kevin who made the bowl is the middle of the three men talking beside the jacaranda in the picture above, Dad's on the left. The bowl has a bit of the scarred bark exposed and I do wonder if that is where I hit the tree with the car? 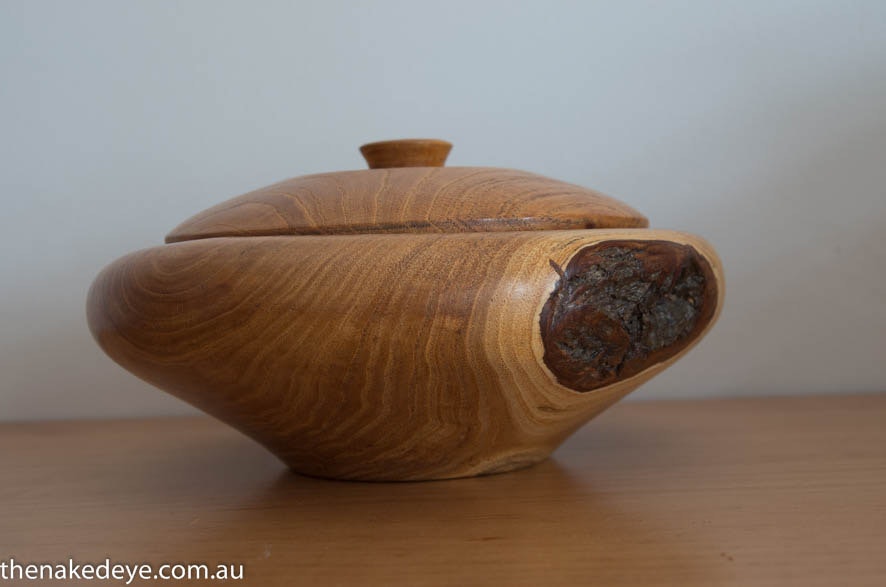 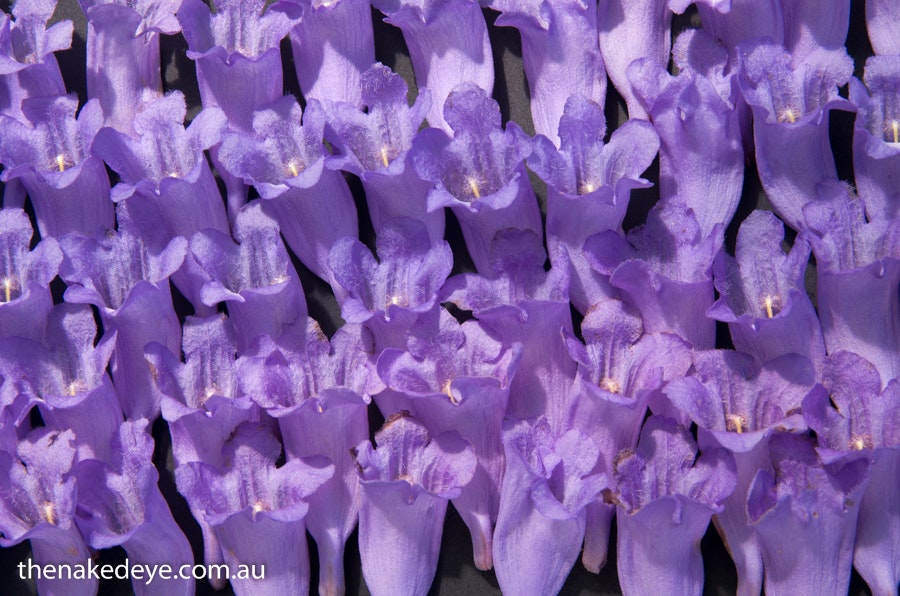 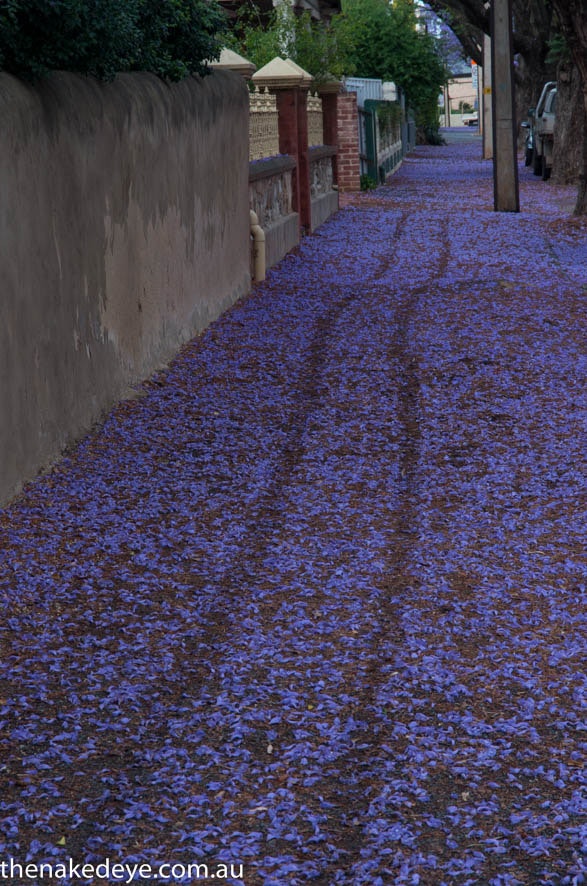 Jacaranda’s are popular everywhere in Australia and there are several “Jacaranda Festivals” each year in different parts of the country. Make sure you join in with the festivities if there is one in your neighbourhood.