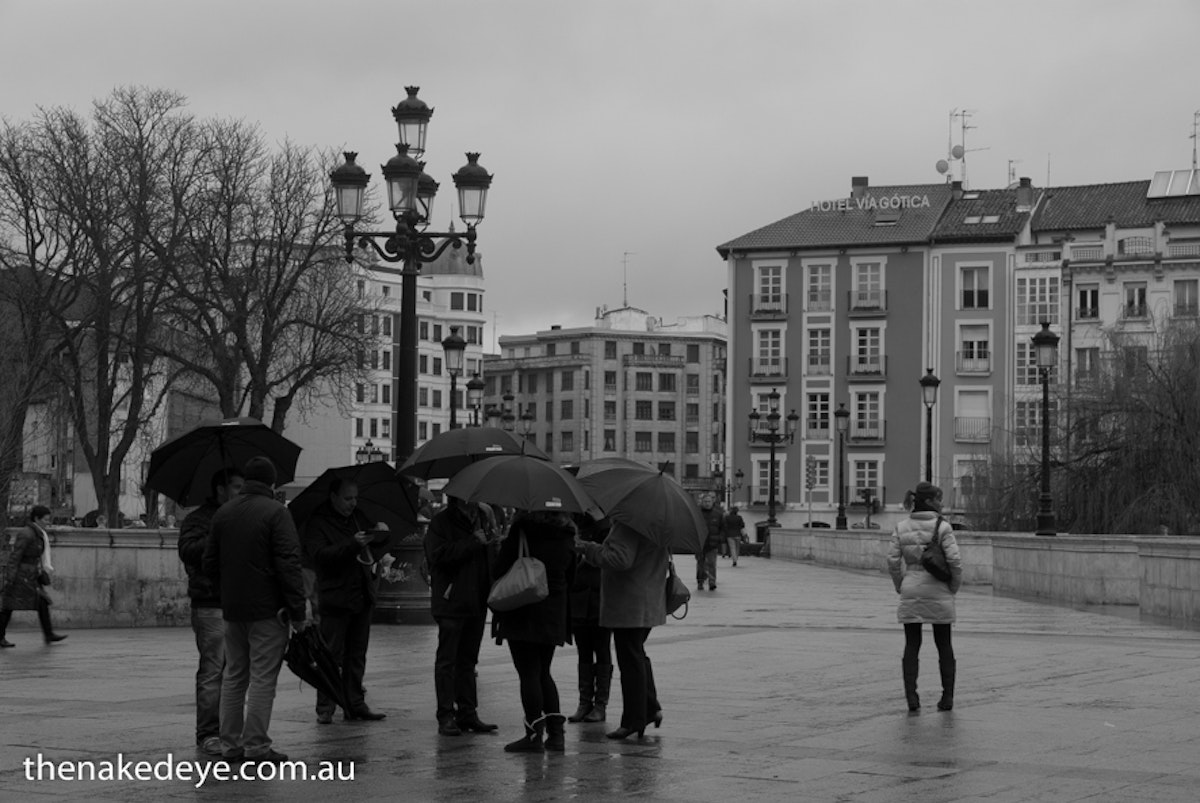 Since my last blog we have traveled from Croatia, through Slovenia to Ljubljana, on to Austria (Vienna and Salzburg) and now, just near Stuttgart (Germany). So far we’ve visited quite a few cities and this has made me think about how cities are different, and what they have in common.

Generally on our bike tour we like to ride on country roads rather than motorways, preferring quiet windy paths that lead us to lesser known places. Delving into big cities requires more of an effort in terms of (non GPS) navigation and accommodation that doesn’t crucify the budget. Also once you go to a big city there is so much to see you should really stay for a week, but an itchy palm usually sees us back on the bike in a couple of days. I always think that if you want to go to one of the big European cities you should just fly there, why bother with a motorcycle ride? Nevertheless we have found ourselves in a number of big cities; London, Madrid, Barcelona, Lisboa, Vienna; and some medium sized ones, like Porto, Seville, Cordoba, Ljubjana, Salzburg, and Dubrovnik. I must confess to liking European cities more than most Australian ones and have often pondered why. I have a feeling that the better cities are ones which started before the advent of the motorcar, when the scale was pedestrian or equine. Certainly in Australia nowadays when they design a new place they first put in the roads, then the commercial centre (shops), then the carparks, and finally the houses. But they never actually seem to plan to put the people anywhere and hence we have towns and cities designed for motorcars and not people. The primary purpose of a new city in Australia seems to be for a developer to make as much money as possible (commerce), the driving force is not primarily as a place for people to live, this seems very much secondary. We have many towns and suburbs where people loiter about on the streets as spare parts, not a part of any living city. Consequently when I was growing up I thought a city was just a place where people worked. Little did I realise that by definition a city was supposed to be a centre of population, commerce, and culture! 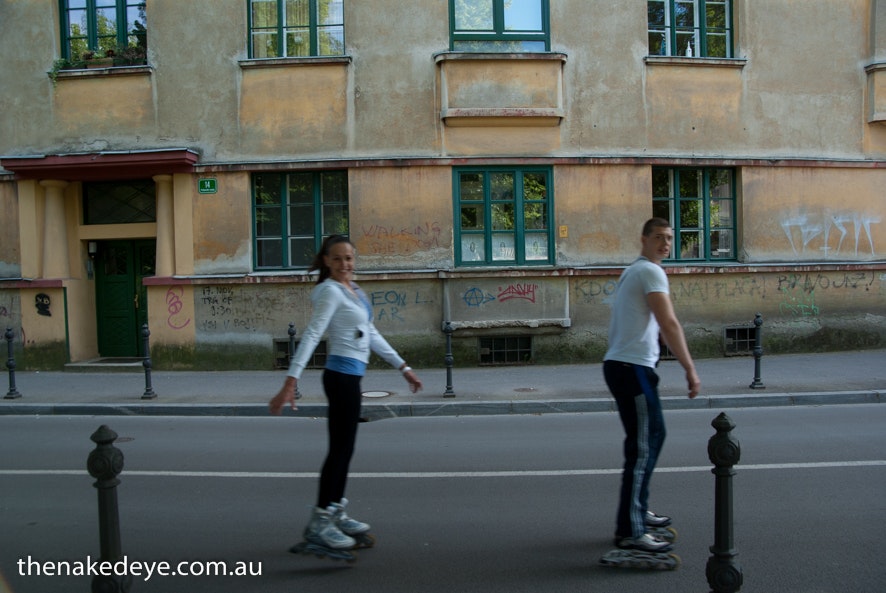 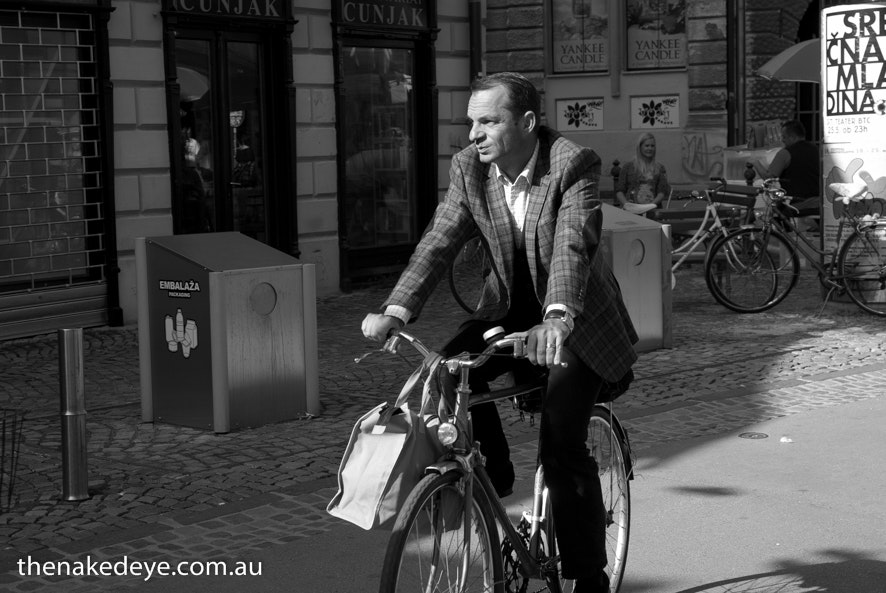 The centre of Ljubljana, the capital of Slovenia, is different. Cars and buses have been removed from its heart and these have been replaced by people, bicycles, roller blades, and skate boards. And if you are unable to get around by one of these means, a free ride to where you need to go can be obtained in an electric buggy. Thus the centre of the city feels like a wonderful place to be, it is designed for people, and they hang out in droves, in every square, of which there are many and at one of the many cafes or bars along the rivers. And with more than 60,000 university students packed in, it is a place to be yourself, free to think independently. 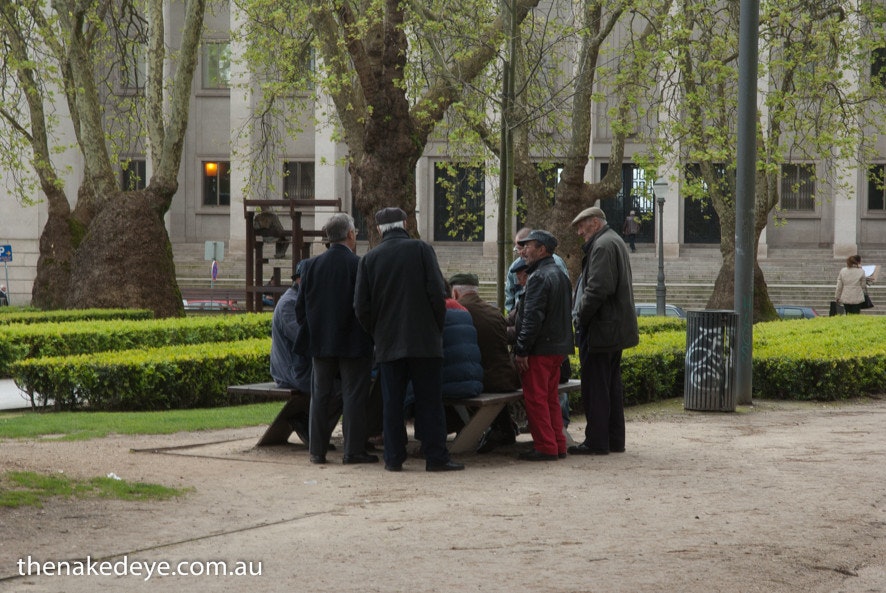 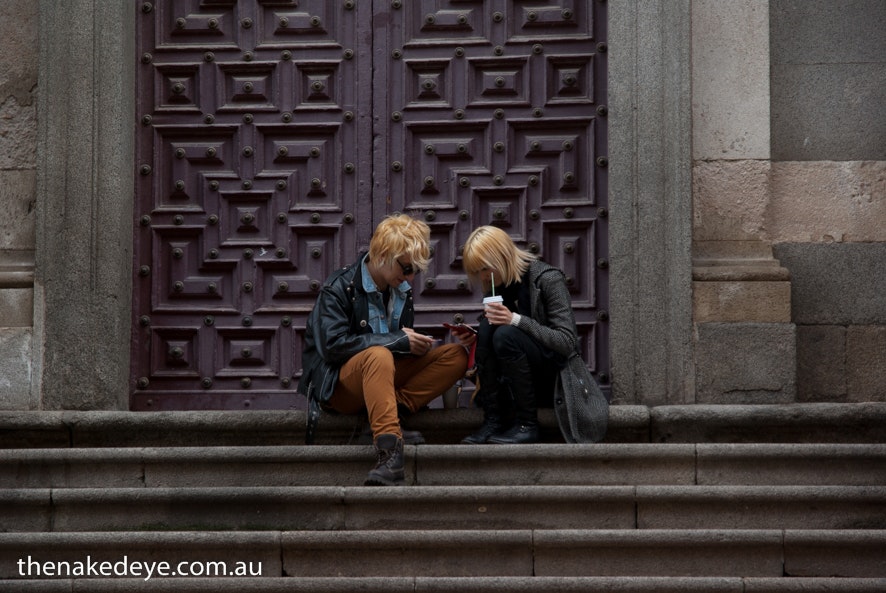 The city as a place to meet, Salamanca 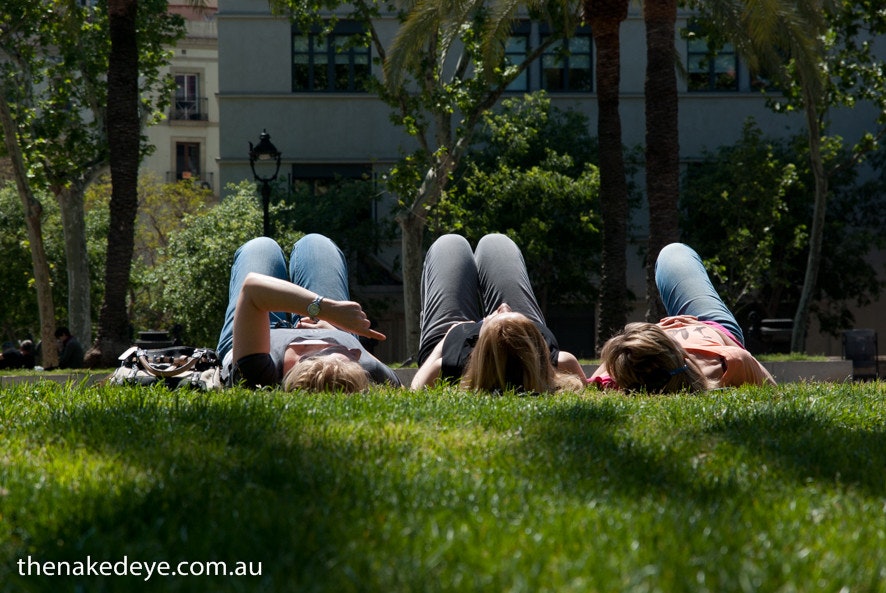 Meeting in the park, Barcelona 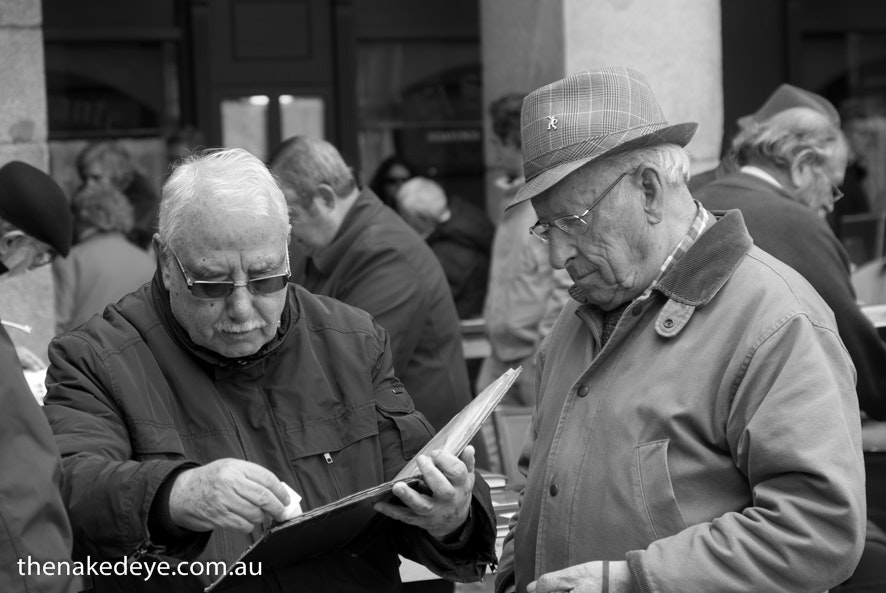 Another great thing in a city is public open space, and many of the cities I mentioned above have it in abundance. The great Plazas of Madrid and Barcelona provide space for people to sit and to meet, to perform or to watch. They also provide focal points for important events in the cities history and todays milestone events. In Australia all this is played out on the television! The politicians have little direct contact with the street, except via an orchestrated “media event”. Even little Ljubjlana has several substantial plazas which provide plenty of space for people, rather than specifically for commerce which is the purpose of most “real estate” in Australia. While the $ value of such large tracts of land in the middle of cities would be considered as profit lost in Australia, the actual value of public open space to the people and the cities they live in is both limitless and timeless, something to appreciate, not depreciate! 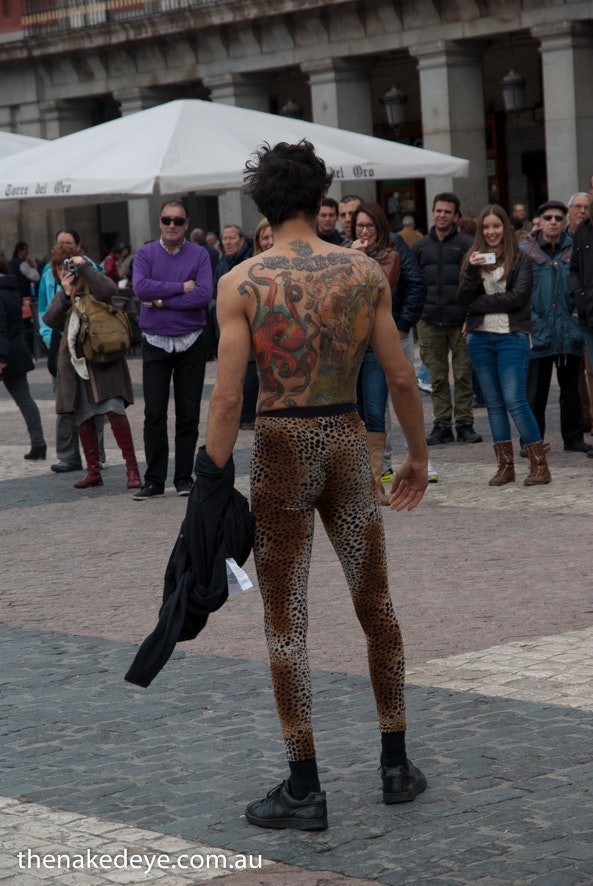 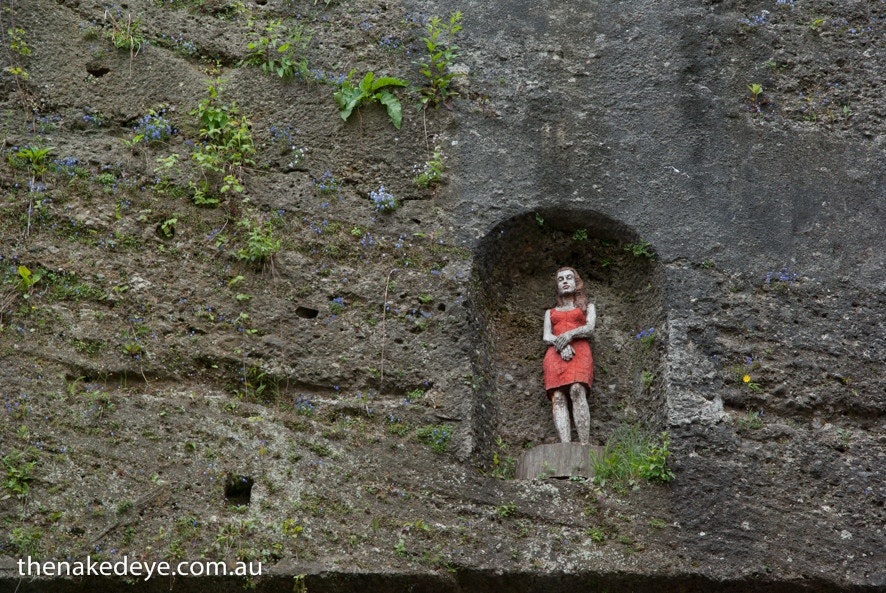 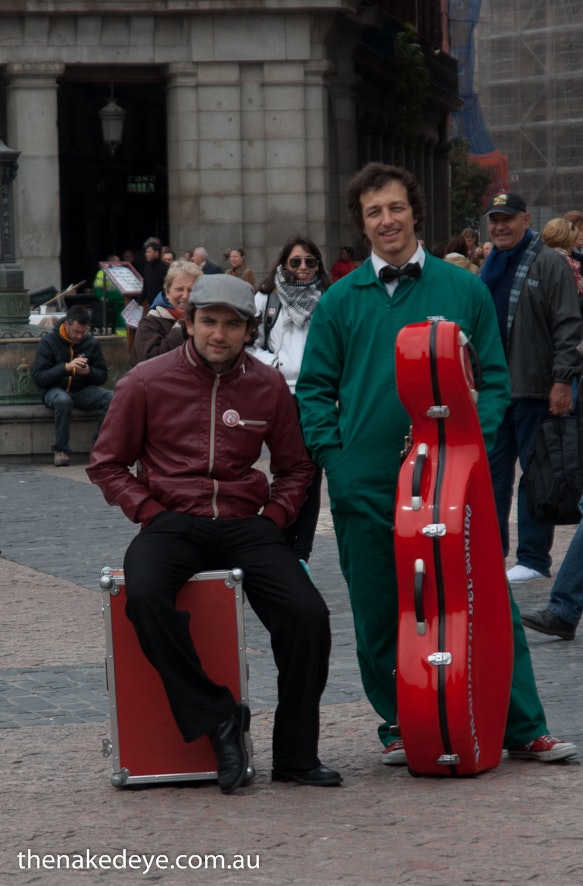 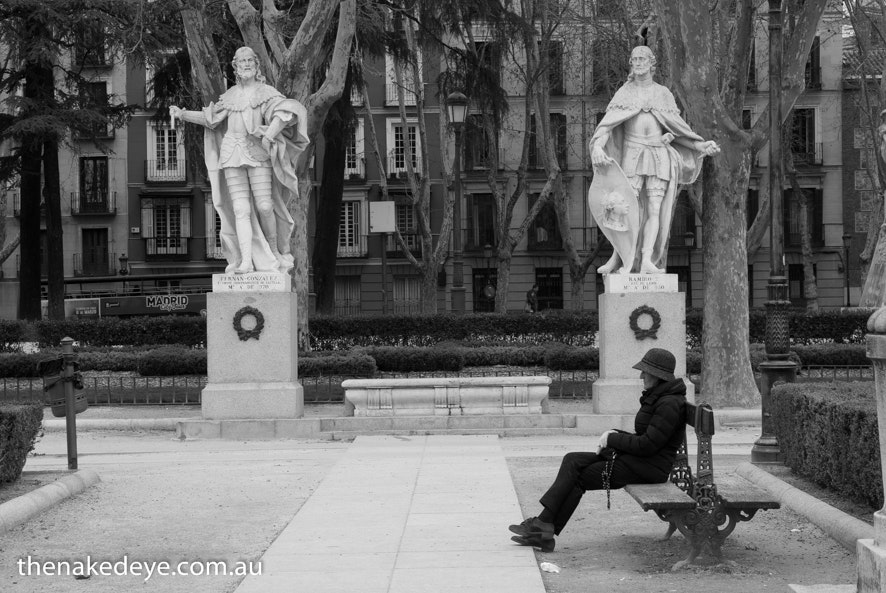 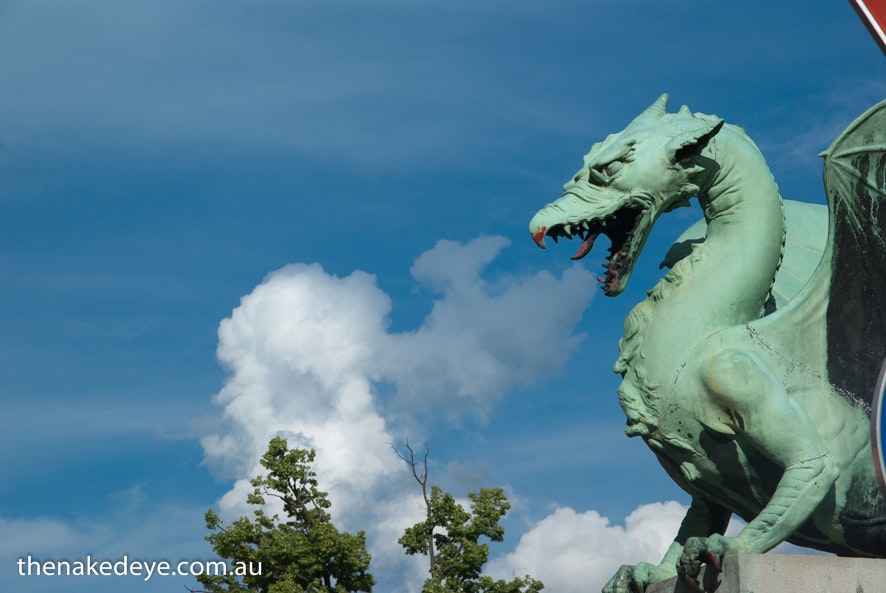 Cities should also be fun, and one wonders what the world would be like if many more had the courage to make buildings like those designed by Friedensreich Hundertwasser or Antoni Gaudi, for all those who enter their world are filled with wonder and whimsy. Imagine a city of people like that! And don’t believe for one minute that people don’t love it, Gaudi’s work and places such as Park Guell are dripping with people, their eyes, mouths and minds wide open! 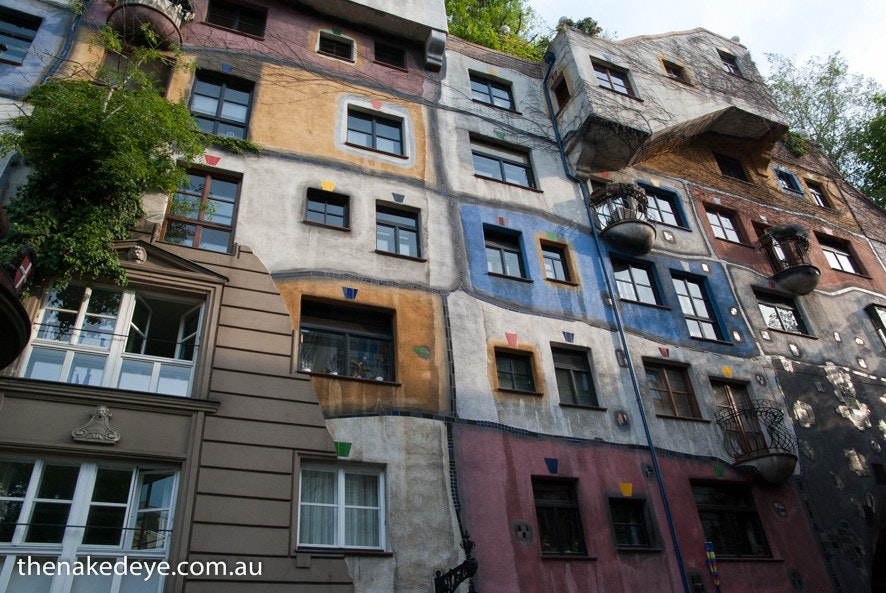 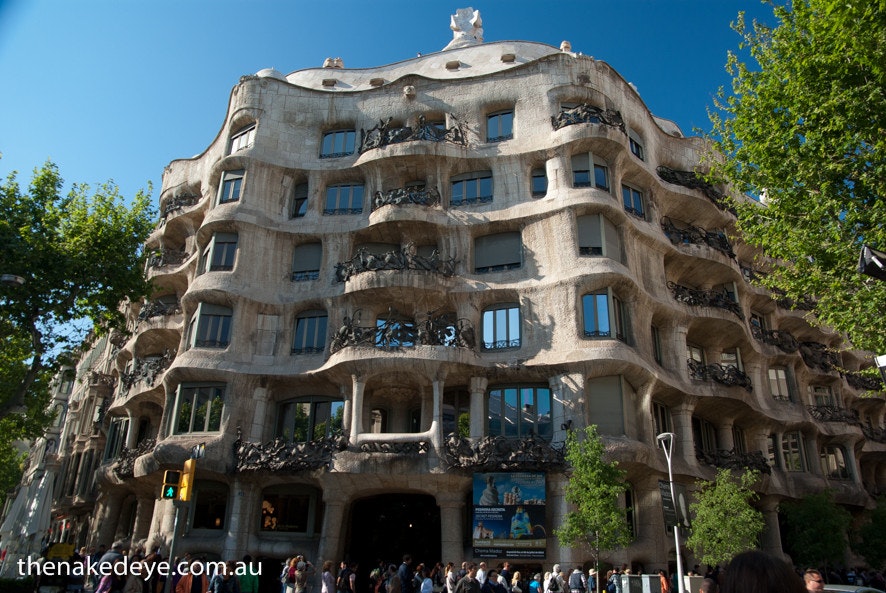 I haven’t forgotten that of course cities are also important places of commerce, but without people cities have no heart, they don’t live, they are just machines of profit for those that live elsewhere. A city needs investment and its needs employment for people, and taxes for governments to build the plazas, the public art, to fund the underground railways and to help those that find it hard to get a slice of the commercial pie. 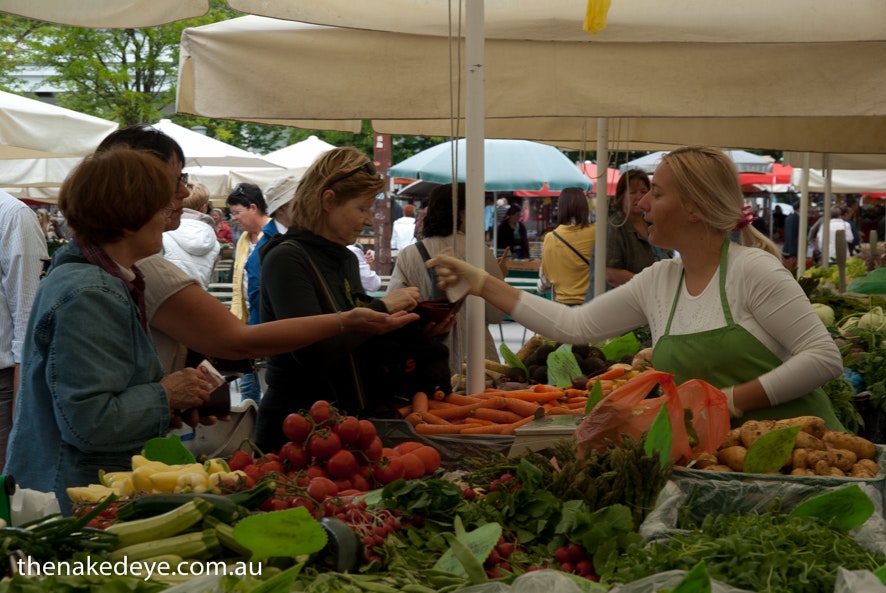 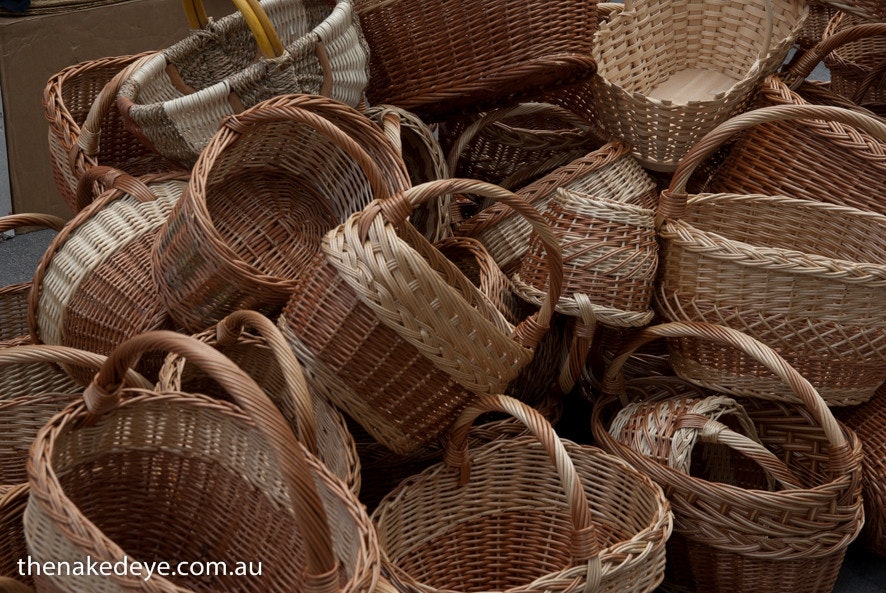 A city without a heart is not a place you would choose to live. You wouldn’t sell your heart for all the money in the world, would you? I’m no expert on city design and commercial development, but I know a good city when I’m in one, and I’m so very lucky to have been able to experience so many of them! 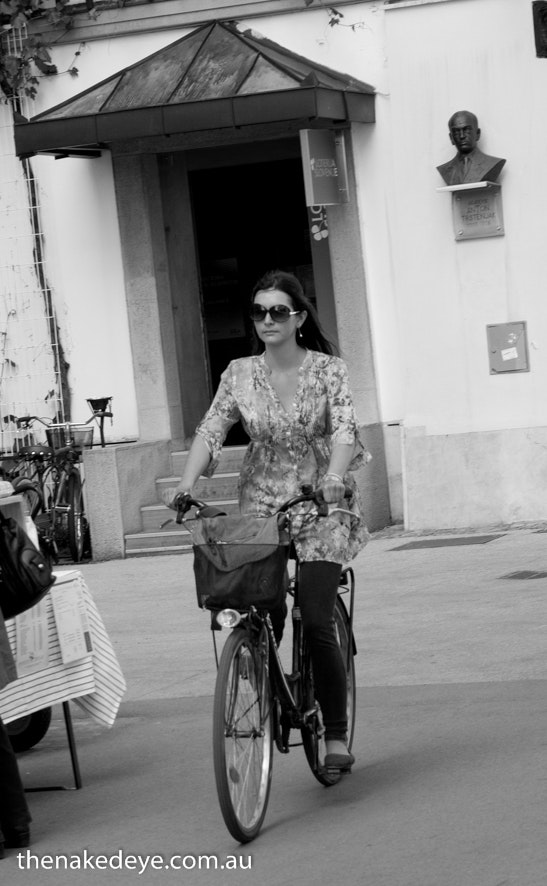 Thanks to our friends, Becky, Andy and Nada, and Georg and Magy. Tschüss.

Hmmm, where to next?……Howard’s getting restless…

P.S. If you’re in Australia, do make sure you visit Melbourne!