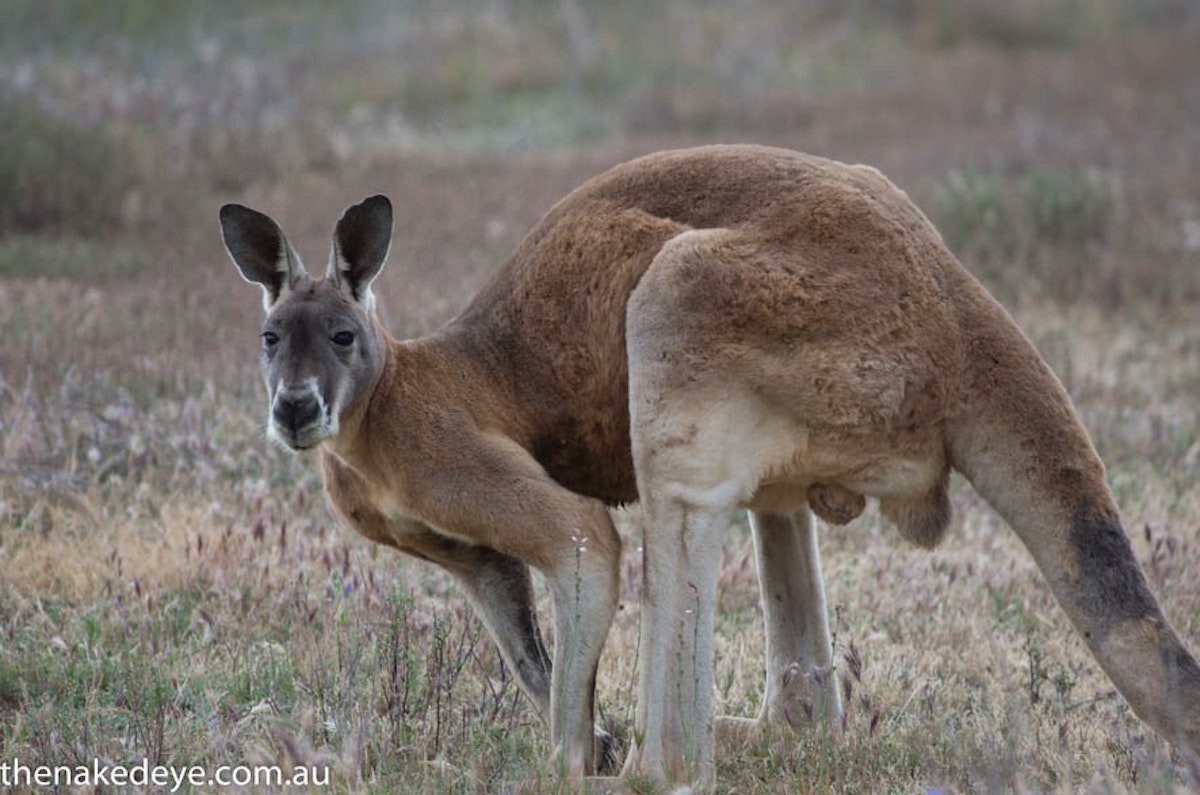 I’ve just been out chasing one of the more elusive kangaroos, the Yellow-footed rock wallaby, one of Australia’s threatened species, found only in some outback areas of South Australia and New South Wales. The Yellow-footed’s are rather reclusive, favouring very steep hills covered in great boulders which make for very hard stalking. They normally see you coming from many hundreds of metres away and probably laugh themselves silly at our cumbersome attempts at stealth as we struggle scrabble up the hill like great oafs, while they balletically bound across the boulders with complete poise. Despite our valiant efforts fighting great gouging gusty winds, which threatened to overbalance me and my great hulking tripod and camera on sixty degree slopes high up on a precipice, we saw none, the only possible evidence of their being may perhaps have been a snide snicker on the wind. Maybe they are all just chilling out in caves on this oppressively hot, dry, dusty afternoon? It is time to retreat to camp and savour our last remaining cold beer. On the way back we are rewarded with another local kangaroo, this time big red. Along with the Wallaroo this is a common kangaroo here in the Flinders Ranges. 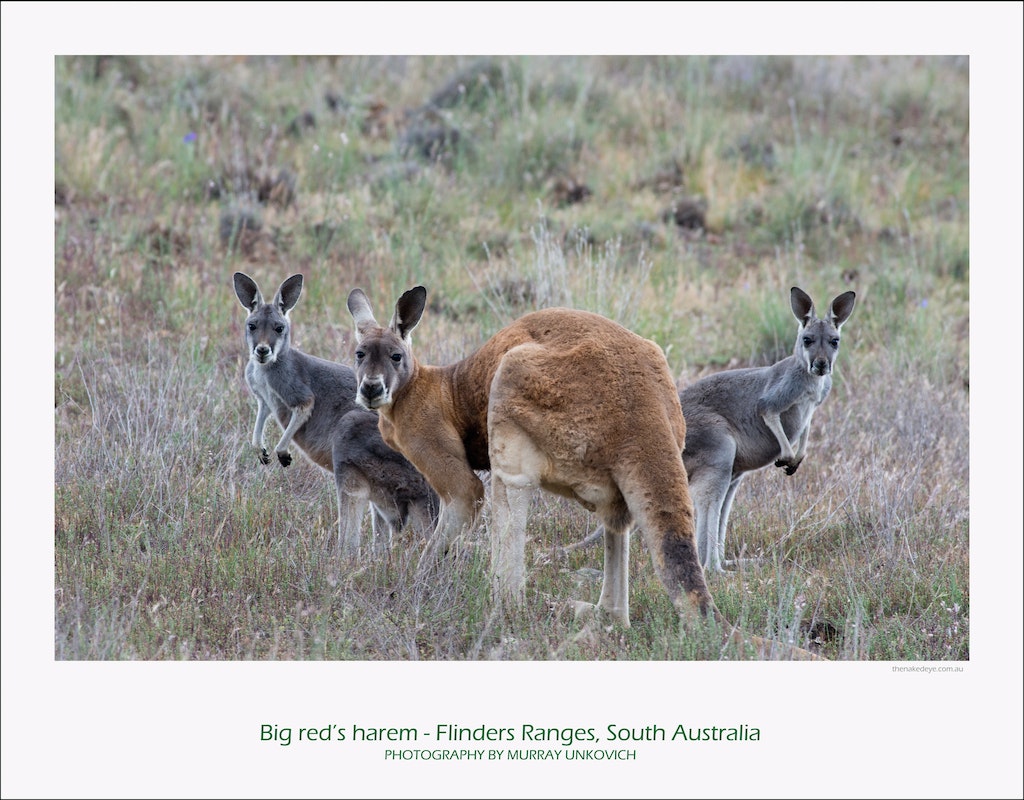 He has with him two diminutive females, rather blue-grey in colour like most female “red” kangaroos. He’s mildly protective of his little harem but they are settled enough to allow us to observe for a little while. I did manage to photograph Yellow-footed rock wallabies on a earlier trip to the Flinders Ranges a few years back, here are a couple of images from that excursion. 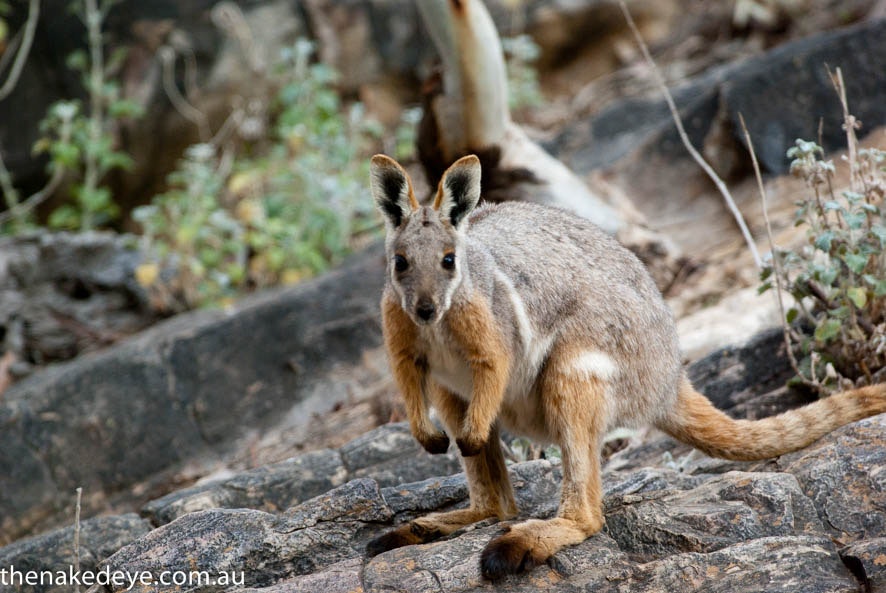 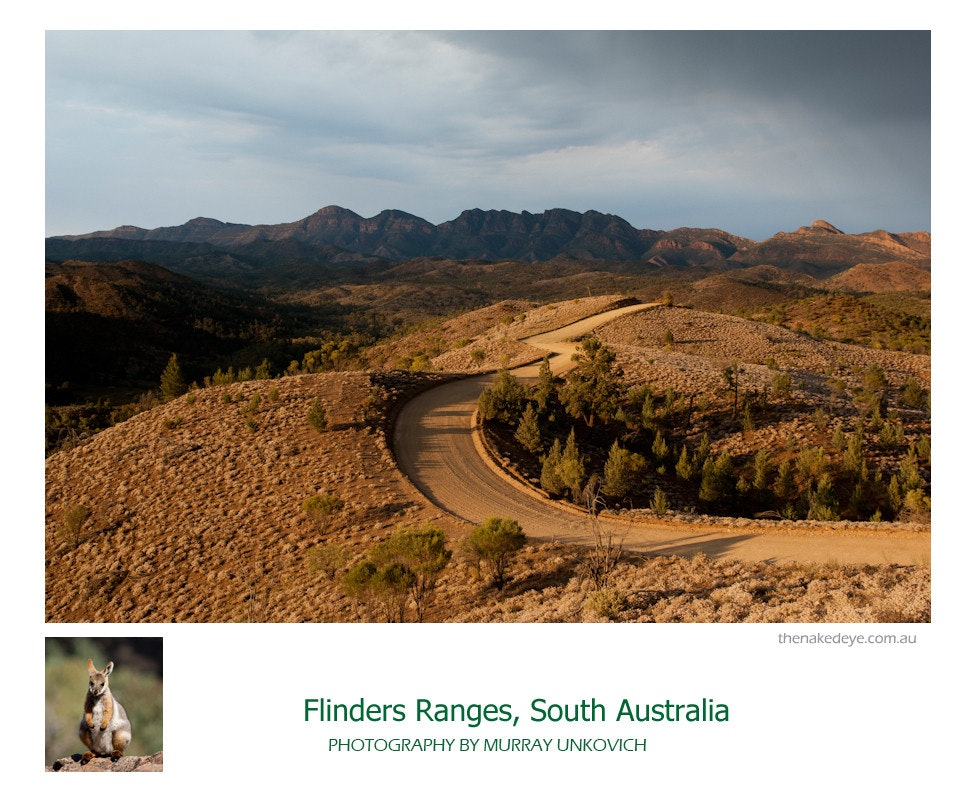 Australia’s “kangaroos” include kangaroos, wallabies, hare-wallabies, pademelons, tree kangaroos, potoroos, bettongs, and the rat kangaroo. All up there are more than 60 different kinds of these “kangaroos”. What they have in common is a “long foot” (macropus). In addition to big red and Yellow-footed rock wallabies I’ve also photographed the common Grey kangaroo, and Tammar Wallabies on Kangaroo Island. You can see more images from Kangaroo Island in my portfolio pages. 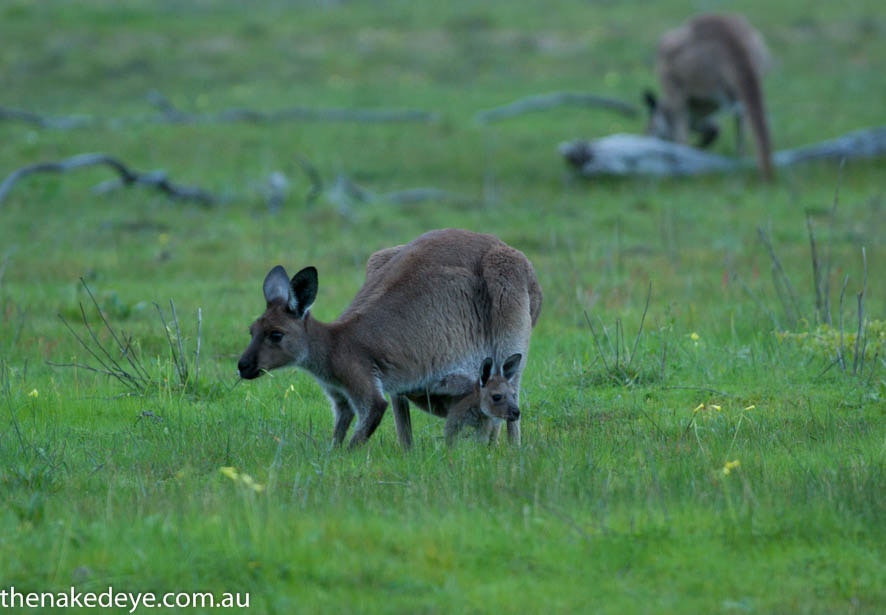 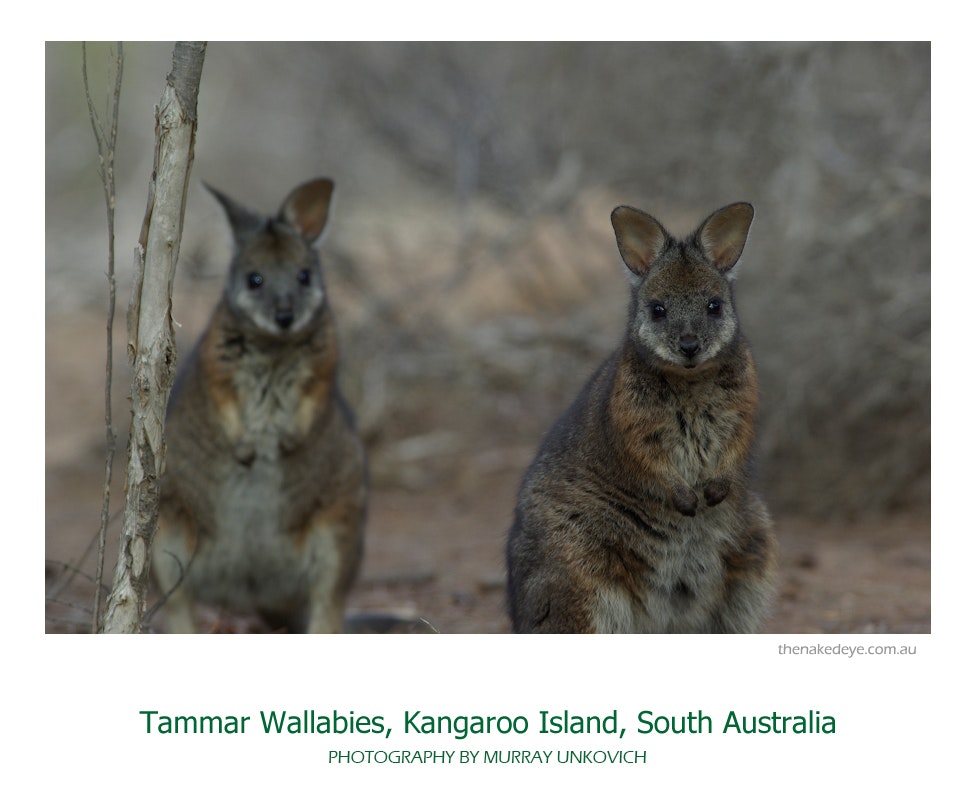