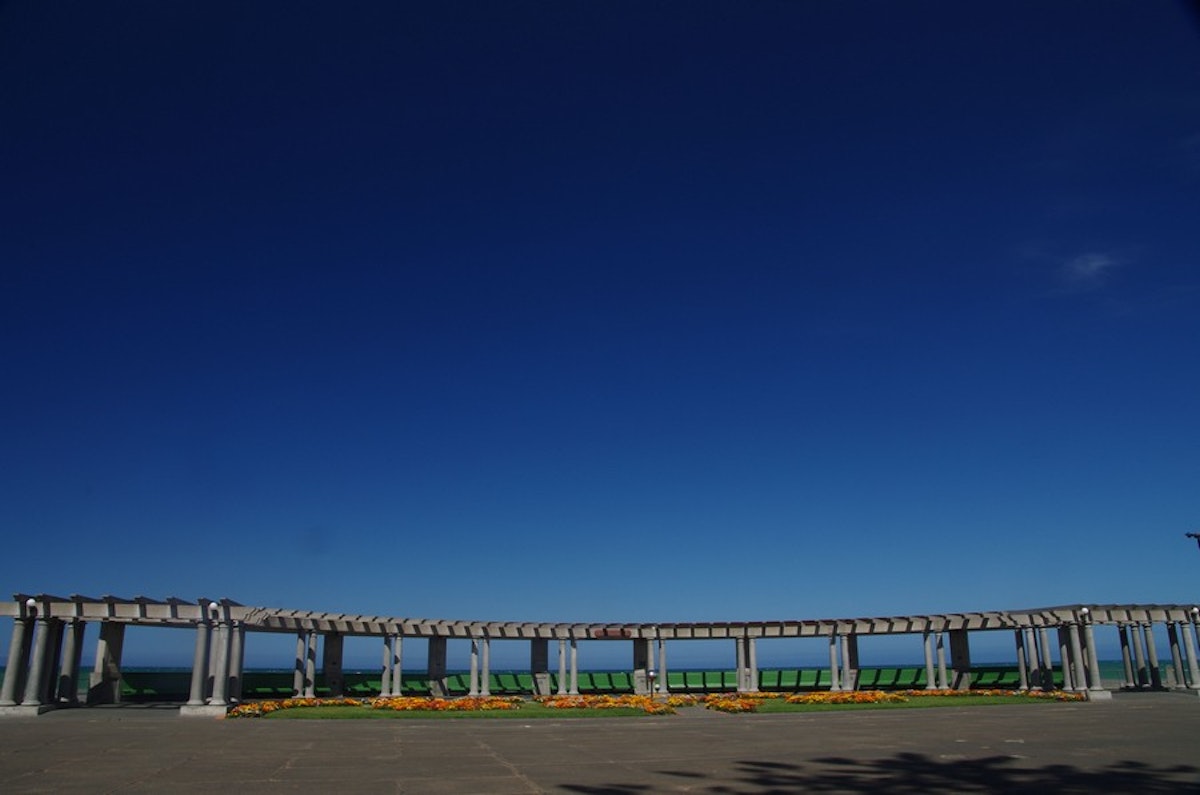 After leaving the Coromandel Peninsula we have had quite some adventures. We took the legendary Pacific Coast Highway which works its way around the eastern shoulder of the North Island, from Opotiki around to Te Araroa and then down to Gisborne and on to Napier. We detoured at Opotiki to find an enchanting 2000 year old Pururi tree, a hollowed out one which had been used as a burial place for the Maori. It was very beautiful as was the remnant of forest around it. We then headed up the wild coast with remote beaches covered in driftwood, mountains coming down to the sea and plenty of windy roads to keep us busy. The whole area is quite wild, save for the ubiquitous pine plantations. There were few people about, with only tiny settlements dotted here and there. We stopped for a coffee in the afternoon near Whanarua Bay but unfortunately on the way out I dropped the bike on the treacherous driveway as it met the highway. The front wheel had a single pebble under it, enough to make it slide from under us as I gently eased on the front brake. We went down like a sack of potatoes, fortunately landing on the end of the driveway, not the highway. We dusted ourselves off and headed further up the coast to isolated Waihau Bay where we were captive to the publican in terms of accommodation and meals. This is a recreational fishing village with many large boats going in and out the boat ramp opposite the hotel/lodge .We managed to get a bed at the hotel by which time I realised I had hurt my ribs in the fall. Fortunately I had some strong painkillers for just such an occasion. It was an interesting night and a salient reminder of how quickly things can change. 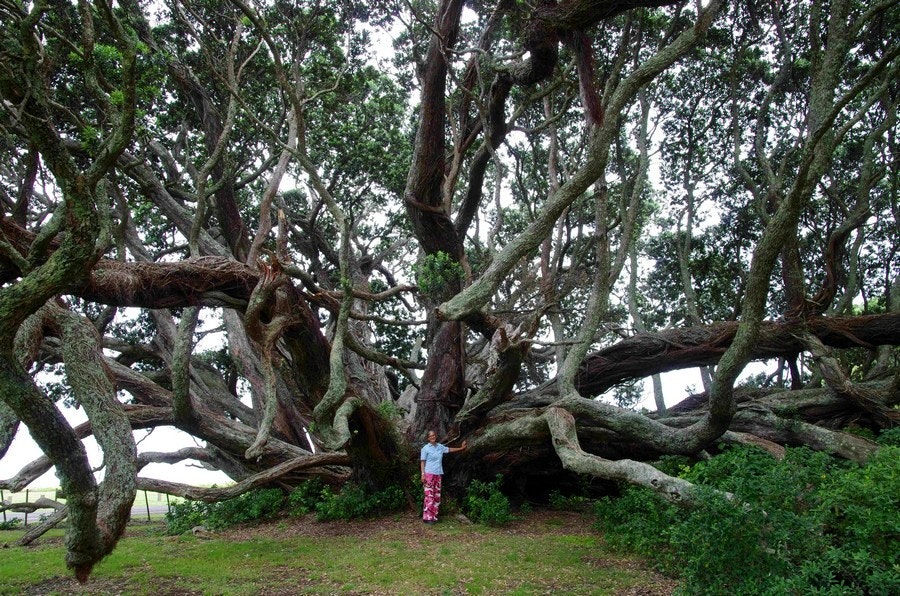 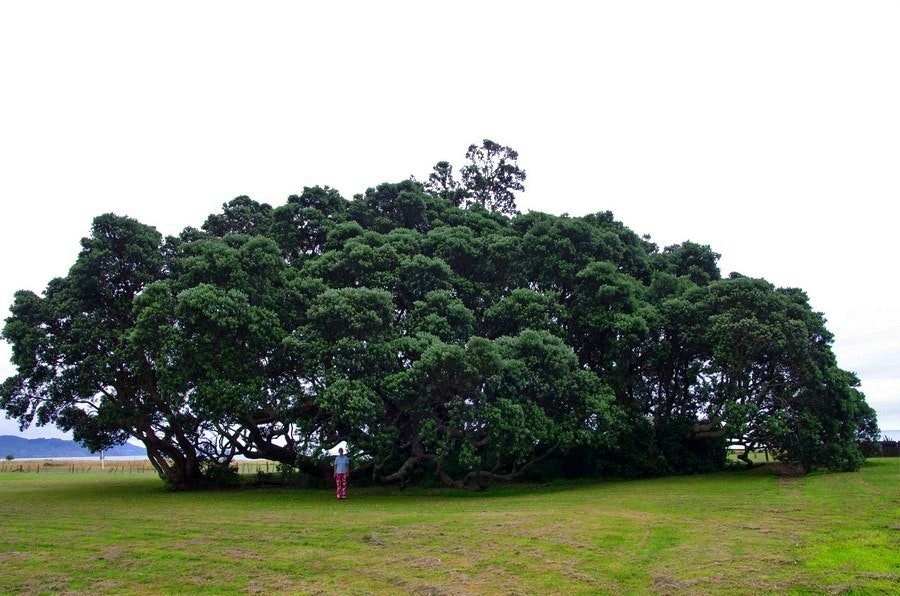 We continued our tour down the west coast to Gisborne the next day, through some isolated communities with little infrastructure. We saw the wonderful 350 year old Pohutokawa tree at Te Araraoa. The highway after here was in need of some work with a very poor and variable road surface and frequent short sections of gravel, and loose material often on the tarmac. We rode somewhat gingerly into Gisborne, by which time I also had essentially no clutch on the bike and a recognition of cracked or broken ribs. We checked into a motel for three nights to give me some time off the bike to rest up. 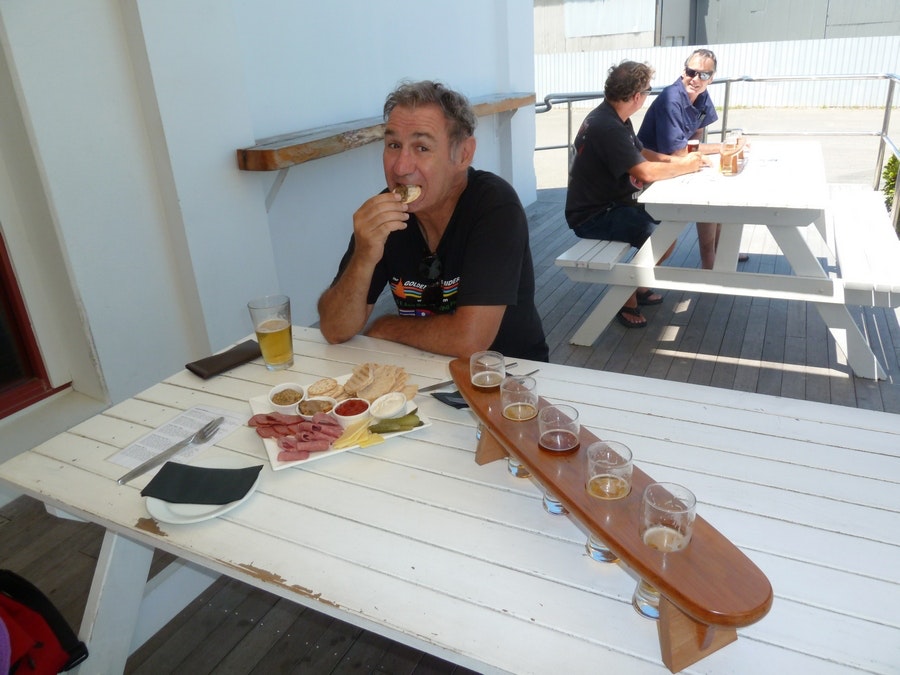 Time for some rest and relaxation in Gisborne

On day 3 we sorted out the clutch and then headed down to Napier for a small Art Deco fix and a very large tourist fix! Giant cruise liners seem to be in all the major and many of the minor ports. Napier isn’t the only place with great Art Deco buildings, they are to be found over much of the country in all sorts of big and little communities. It is a very cool architectural style, with “style” being the operative word. 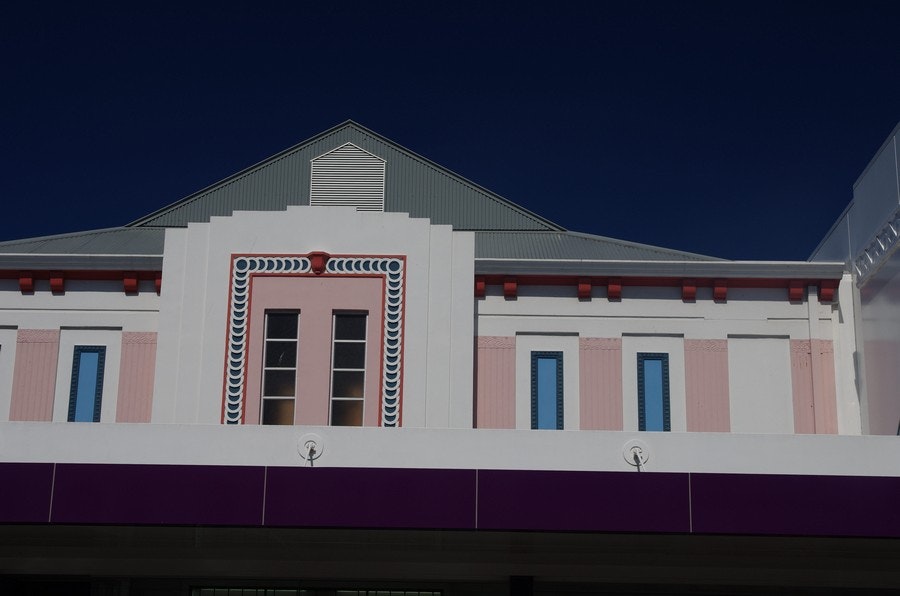 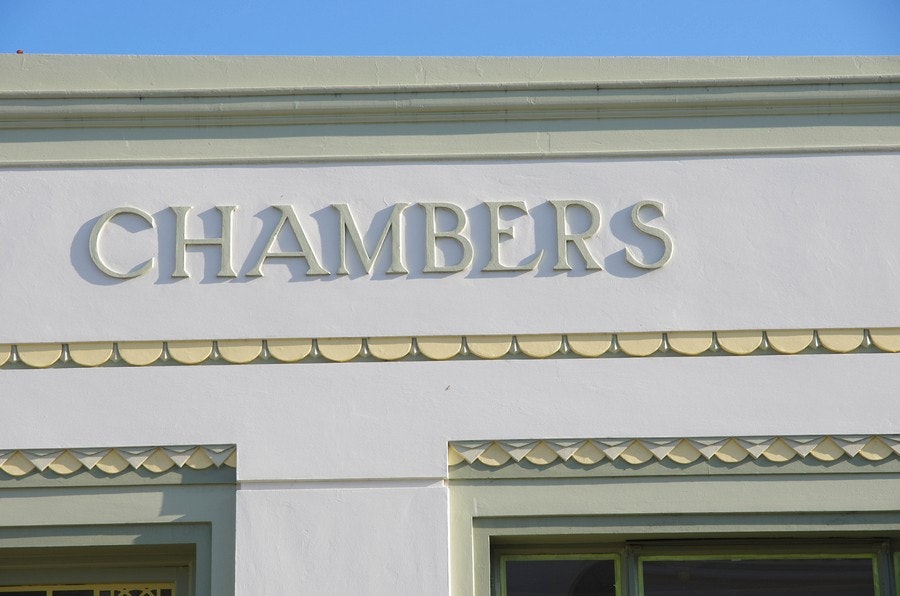 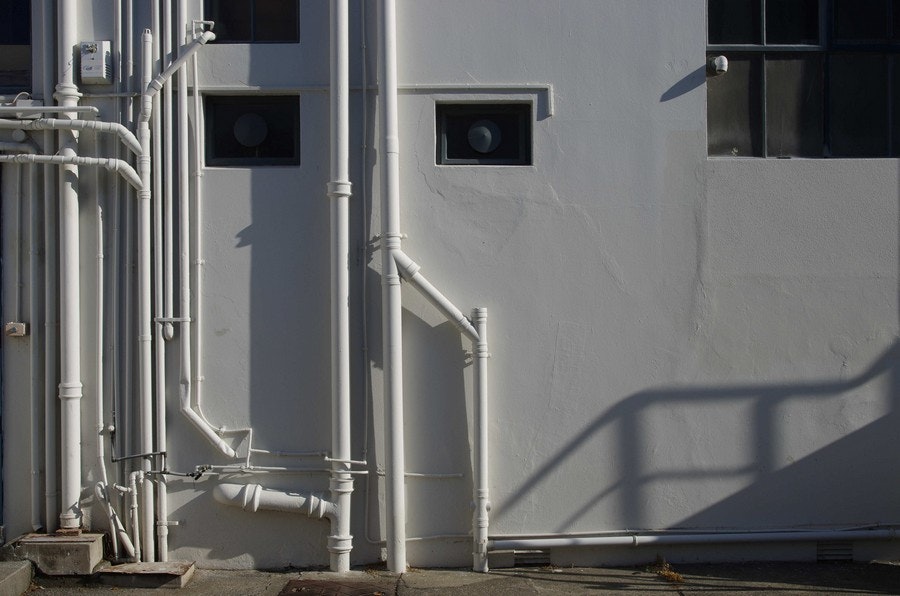 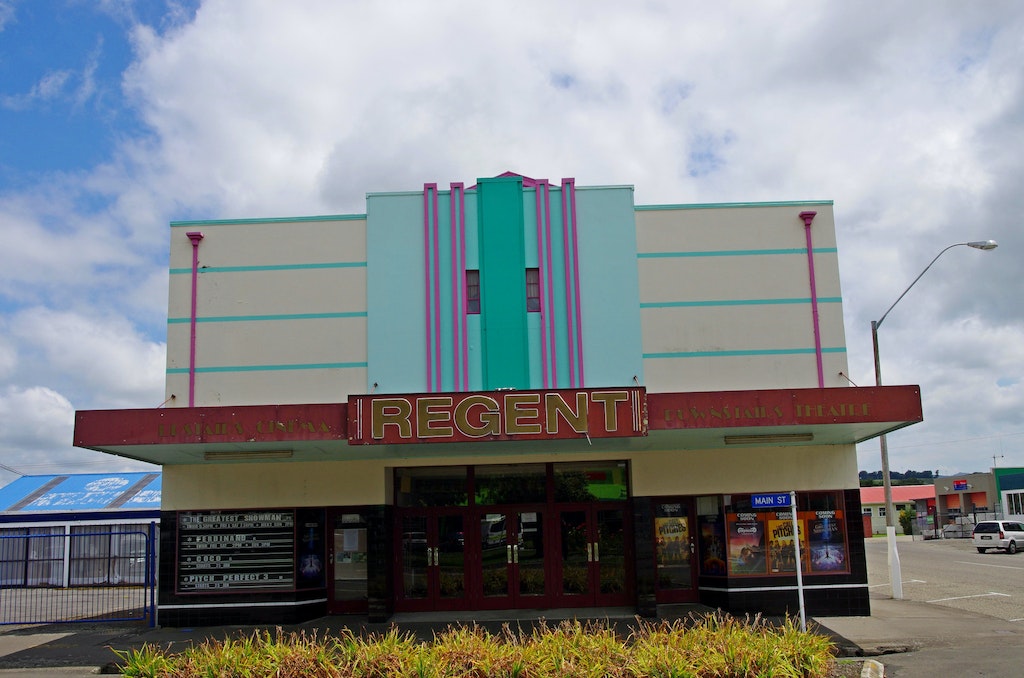 Art Deco gems can be found in many places, not just Napier 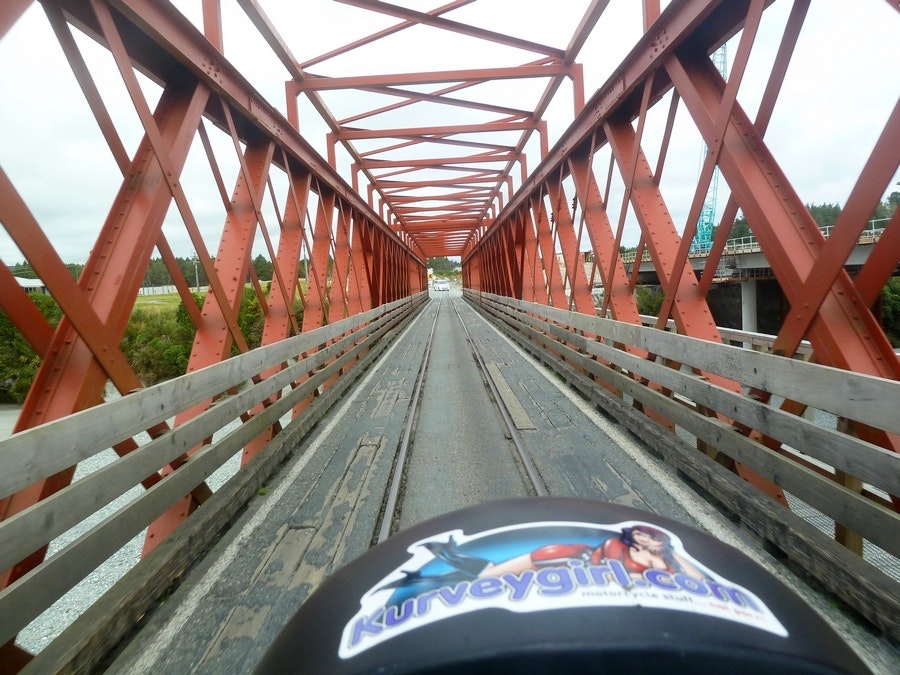